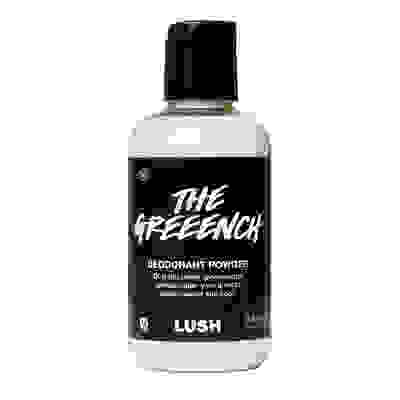 Powerfully fresh
5 out of 5 Customer Rating
192 Reviews
Item No. 03632
Vegan
Add The Greeench to Wishlist
Made with a blend of natural herbs and powders, The Greeench is one of the best creations we've ever made. Thyme, rosemary and tea tree are the triad of super powerful herbs that make it so fantastically effective at deodorizing 'pits and leaving them smelling beautiful. Micro fine powders of magnesium trisilicate and sodium bicarbonate keep underarms dry and comfortable, free from discomfort and moisture. Use it anywhere that needs a little herbal assistance!
See how to use
The Greeench
Ingredients How to Use
Ship to home
Keep me updated

Take some powder and gently pat onto clean, dry underarms.

I love this product. It keeps the stink away & it seems to slow down under arm hair growth.
Yes, I would recommend to a friend

Can't believe how much I love this product!

I have very sensitive skin...especially the underarms. I've tried product after product and even the ones I can use don't protect against odor. So I tried this one....why not? What a wonderful surprise! No irritation, no rashes, no odor! The product itself has a wonderful herbal scent...and when I sweat, that's still all there is to smell. A wonderful find!
Yes, I would recommend to a friend

I don't use this product for my underarms typically. I put it in my workout shoes and winter boots when they start to smell. It gets the scent right out. A little bit goes a long way!
Yes, I would recommend to a friend

The deodorant worked well at first. It does not really have a scent so if I tried smelling my armpits later in the day, they wouldn't be stinky, but didn't smell particularly nice either. About a month or so later however, I noticed my armpits had darkened and my left pit had a huge mark that looked almost like a chemical burn. I didn't think it was from the deodorant because I had been using it for so long but I decided to check the reviews again to see if anyone had any similar issues. I noticed a review that was posted after I had already been using the deodorant where someone had described a similar situation. I stopped using it and my armpits cleared up within a week. The reviewer mentioned that this was an issue because they are Indian and their skin reacted differently than it would for a Caucasian person. I am Indian as well. So if you're a South Asian person looking for a new deodorant, I would steer clear of this one. Another note, the deodorant comes in a bottle, which makes it difficult and messy to apply. I transferred the contents into an empty Lush face mask container and used a large makeup brush to apply it.

Use to love it

I bough my my first greench and it lasted almost 6 months. I was using this daily! As a vegan my switch to natural deodorant was rough and the I found this. Fast fwd to my second bottle and things went downhill. I have a theory that they change the formula, not sure if this is what happened. My underarms are not happy when there's sodium bicarbonate involve. That second bottle gave me hell and furry underarms. I've dreamt of the day they have an option that won't be horrible to my skin. I really loved this one.
Yes, I would recommend to a friend

Do Not Buy If You Have Darker Skin Tones

Basically, if you're not a white person, do not buy this deodorant. I've been using it for about a month, and I have dark skin patches in my underarms now. I'm Indian with an olive to medium skin tone, and have never had hyperpigmentation issues in my underarms before. I've been looking into this, and it seems like baking soda in natural deodorants is the main cause for hyperpigmentation for darker skin tones. The second ingredient listed in this deodorant is sodium bicarbonate (baking soda). Disappointed that I have to throw almost the whole product away and look for something else, and now have to find a way to reverse the hyperpigmentation.

I wanted to try this for a while before leaving a review. The smell isn't my favorite, but it's not super overpowering once it's been on for a while, which is good. I used a makeup brush for a while to apply, but I felt like I wasn't getting enough on and I'd end up super sweaty and kind of smelly. I've just been applying with my palm (pouring a little mound into my palm and just cupping and rubbing into my armpit) and it's been working A LOT better. Most importantly, this does not burn my armpits. So sensitive pit folks, this is the way to go!
Yes, I would recommend to a friend

Smells like horse urine. I thought okay that's gotta be better than body odor scent but it also doesn't work as a proper deodorant. On the off chance you like the smell this will need to be reapplied several times a day in order to smell at all. Lastly it gets all over your clothes leaving you looking completely unprofessional.

My favorite deodorant by far. Wish I could buy tons of this! Takes away the sweaty feeling and makes you feel refreshed. will buy again and again.
Yes, I would recommend to a friend

have used for a year

keeps you dry and odor free
Yes, I would recommend to a friend
Displaying Reviews Back to Top
« Previous | Next » 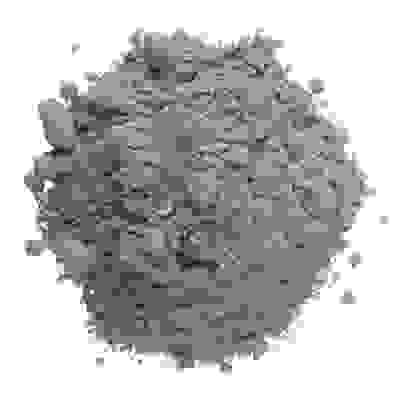 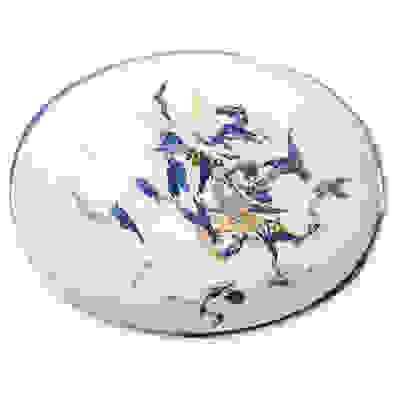