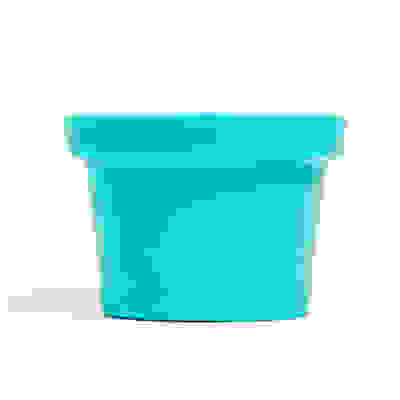 5 out of 5 Customer Rating
29 Reviews
Item No. 60014
Get naked with our coolest packaging-free body conditioner.

available for orders over $35
Ship to home
Keep me updated

After soaping up and rinsing off, smooth this invigorating peppermint creation all over to hydrate and nourish skin. Jojoba oil, murumuru and shea butters soften, while menthol gives a tingly sensation. Rinse off and you're ready to go! Also available in a potted version.

Smooth all over wet skin after washing, then rinse clean.

Ground shipping starts at $6.00 and takes 2-8 business days to arrive after being shipped.

Please note: we cannot accept returns without prior authorization.

To return an order made online or over the phone, contact our dedicated Customer Care team to get started.

Returned items need to be 75% intact and returned with their original packaging and include a copy of the packing slip. You can return items up to 90 days after the date we shipped your order. Shipping charges are not usually refundable.

After soaping up and rinsing off, smooth this invigorating peppermint creation all over to hydrate and nourish skin. Jojoba oil, murumuru and shea butters soften, while menthol gives a tingly sensation. Rinse off and you're ready to go! Also available in a potted version.

Scent
Herbal
Vegan
Self Preserving
Naked
Made in Canada

Smooth all over wet skin after washing, then rinse clean.

Ground shipping starts at $6.00 and takes 2-8 business days to arrive after being shipped.

Please note: we cannot accept returns without prior authorization.

To return an order made online or over the phone, contact our dedicated Customer Care team to get started.

Returned items need to be 75% intact and returned with their original packaging and include a copy of the packing slip. You can return items up to 90 days after the date we shipped your order. Shipping charges are not usually refundable.

I really wanted to like this product. But it left my skin feeling super dry and itchy. And that was enough for me to ask for a refund.

Pot version is much stronger than potted

Okay so my first address is to Babs, the "body conditioner" you're referring to is actually not a body conditioner at all but a lotion called Once Upon A Time and it's limited edition for Christmas to lush so that's why it wasn't working like a body conditioner at all bc it isn't... sorry that someone told you otherwise? And now for my review! I have tried both the container and this version or tingle and the container one is waaayy stronger!! I used that one after I used the potted one and wowzers... I think I used a little too much lol and I got out of the shower absolutely freezing!!! I honestly think I like the potted version better if I just want a little cool sensation like most days but can diffenitly see myself using the other for after a workout or when we come back to summer night in Albuquerque bc it's hooottt afff! Just thought I'd let everyone know since I've seen people disappointed that this doesn't have the same cooling as Chris tingle but I promise you the container version is 100x stronger than this one. I find it kind of awesome that they are the same product with different intensity levels?! Just bc if you've never tried the container version and only the potted and you use too much you will freeze for at least 20 minutes after your shower, and the warmer you try to get the cooler you get so it wasn't that pleasant of an experience considering I didn't need to cool off at all but will be great for post workout showers and hot summer nights like mentioned and I can use the potted version when I'm just feeling icky or something so I would recommend this product if you are aware of the differences!
Yes, I would recommend to a friend

Very disappointed in this product. Does not leave skin moisturized and soft, in fact my skin felt even drier. Smells weird no peppermint or menthol. Product also melts really fast. Not sure who wrote the description but obviously the person did not try the product. Really need to make these in smaller sample size because literally it goes down the drain.

I can't see the exact product I bought at the lush store here so I'm including my review with this very similar product. The body conditioner I bought was white with a light green top. I think it's called "once upon a time". The one that looks most like it is on the uk site under that name. People report that it melts fast but mine doesn't seem to melt much at all. I take pretty hot showers so you would expect melting. It leaves thick white streaks on the skin which roll off in bits when you try to massage them in. Not sure what went wrong here. Smells good enough but awful to use. I would be fine with it being oily or greasy as I'm dry but it doesn't seem to melt or apply evenly. I've used the conditioner in the tub and that was great.

This product made me breakout horribly after using. I love just about everything I've bought from Lush, but this one is a big no. I didn't feel like it cooled or hydrated my skin at all, and the bumps it gave me really solidified the no here. Hard pass on this one.

This is apparently the same as Chris Tingle but without the Chris? I'm here to tell you to put the Chris or whatever made the other one so great! I got this and was super excited it was back and was also package free but was hugely disappointed with what went down in my shower... first off this thing melted like crazy!! And no I do not take super hot showers to where it made the product melt and had it in my freezer before hand bc I've had a lot of practice with the body conditioners w/o packaging. It did NOT TINGLE like at all.. nothing! This was a super bummer bc that's why I loved the other one so so much! It did not do a dang thing as far as moisturizing or even feeling slightly hydrating. The smell is awful totally different from Chris Tingle and does not smell good at all... like a nasty mint smell but not even minty? Hard to explain you'd have to smell it to know what I mean. Overall this product was a major fail and I encourage much to bring the Chris back to the tingle!!!

Not sure it is the same

I have used the snow fairy version of this for the last two years and absolutely loved it! Unfortunately, I don't the formula is the same, with the snow fairy version I would come out of the shower with my skin hydrated, this version I find doesn't have that same effect, I still need to put on moisturizer. Kinda disappointed.
Yes, I would recommend to a friend

Wanted to love it

Title says it all! I wanted to love this product. It sounded so invigorating and fun! The scent was delightful, and it did tingle the first time I used it - but it didn't feel nice on my skin. Some reviews say it's drying - I just found it greasy. It sat on my skin, but never sunk in. It also left a blue-green tint on my skin, which I didn't like. I've never had an issue with the colour of other Lush products, so I was surprised it was a problem with this one. I tried to use it up, but eventually ended up chucking it out as I hated the feeling so much. A huge miss for me, unfortunately.

I used this product in the shower and I noticed it began to melt A LOT! It doesn't tingle at all (I was expecting Dr. Bonner's type tingle), however my body did smell very minty fresh all day! My skin was soft and I felt clean. I would recommend!
Yes, I would recommend to a friend

I love the smell and the " tingle" but there is not enough moisture and gets mushy very easily.
Yes, I would recommend to a friend
Displaying Reviews Back to Top
« Previous | Next »
My Pick-Up Store
Show all stores
Why subscribe?