Is recycling really worth it?

Every week, most of us get serious about recycling. We sort and then fill our blue bins with all the recyclables: soup cans, milk cartons, newspaper and plastic with the hope that once it’s whisked away, it’ll be turned into something usable.

In fact, we’re so good at it, it’s become a huge problem.

A history of recycling

Reusing and reducing our consumption isn’t a new idea. During the Great Depression, people found uses for just about everything: old clothes were altered to become quilts, flour sacks were turned into clothes, and metal cookie containers did double duty as lunch boxes. By the ‘60s, however, single-use products were taking over; instead of reusing our old items, we were tossing these one-time-use-only items into our garbage bins and sending more and more trash to landfills.

To reduce this waste, recycling programs were created. This process of collecting unwanted items and turning them into new products meant we could toss plastics, metal, paper and other materials into blue bins and, just like garbage, they’d get picked up regularly by waste collection. These unwanted recyclables were then sent to China where, for decades, roughly half of the world’s recyclables were processed.

In 2018, China stopped accepting our waste, including millions of tons of plastic. Their government revealed a three-year anti-pollution plan that saw the import of the world’s recycling banned if it didn’t meet their new anti-contaminant requirements—different kinds of plastic and mixed paper materials make up a large chunk of this recycling, but this blend of materials have proven to be difficult to recycle. China’s new ban demands that imported recycling must be clean and unmixed.

Our plastic black pots get recycled and made into black pots in our closed-loop recycling program. 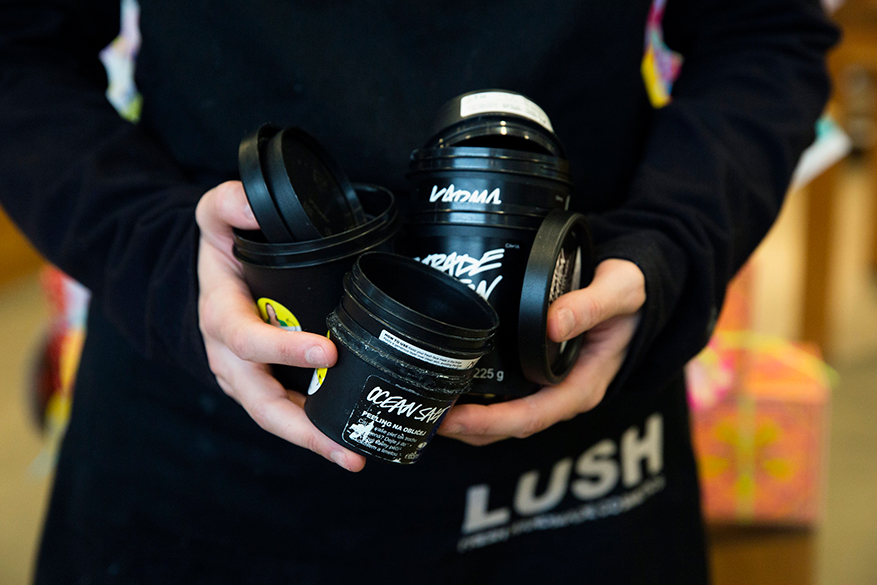 As a result, most of what gets tossed in your recycling bin is now being diverted straight to landfills instead of being properly disposed of.

Putting an end to this decades-long arrangement revealed an even bigger problem in our recycling programs. While some metals and plastic can be resold, most other recyclables aren’t worth much and can’t be sold—meaning that much of it ends up in landfills or being incinerated.

It’s time to rethink our choices

Remember the old saying, “reduce, reuse, recycle”? Now that plastic garbage is taking over our waterways and landfills, it’s time to have another look at this old adage, except now, we don’t want you to “recycle”, we want you to “refuse”.

If we’re going to change how to manage the garbage in our lives, it’s time to refuse single-use plastics where we can, reduce our consumption of throwaway items like takeout containers, and reuse the things we already have and give them a new purpose. It won’t always be easy (and that’s ok!), but we can start small by:

Two small changes that can have a big impact on our environment. Doesn’t have to stop here, though. A quick Google search will reveal plenty of ways to make a difference that are as simple as tossing stuff into your blue bin.