The hope of a better life, and the fight for survival

Our Stories: An Introduction to South Asian America. 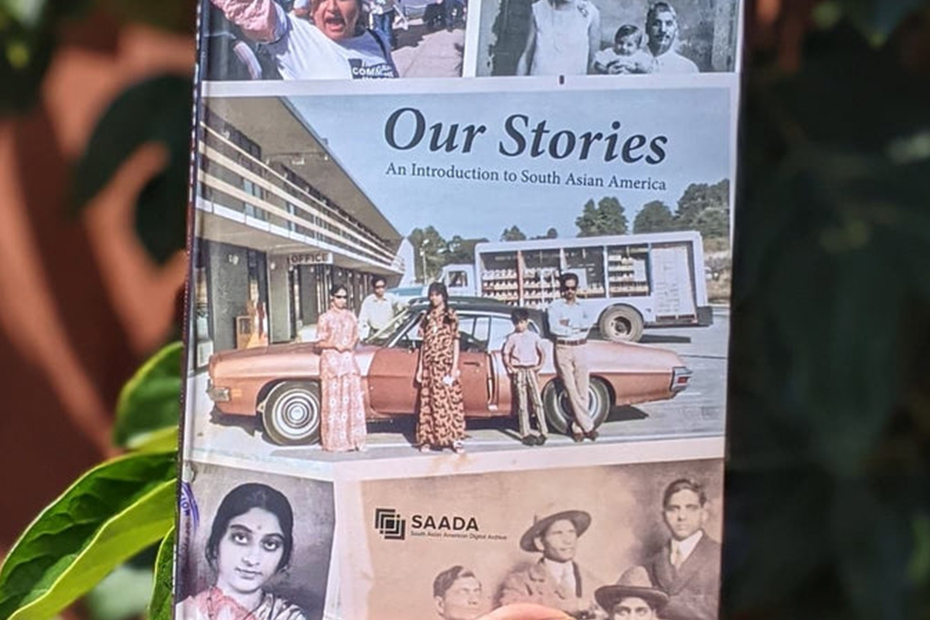 Authored by activists, historians, and memory keepers from Asian-heritage communities, this series documents key moments of past injustice and bravery—revealing connections to the present-day and celebrating movements for change. Read all 4 stories in A History of Resilience here.

In November 1956, Dalip Singh Saund became the first person of South Asian heritage elected to serve as a representative in the U.S. Congress.

This was also just a decade after the passing of the Luce-Celler Act in 1946, where South Asians were returned their right to citizenship.

But this did not mean that South Asians were welcomed then and in the years thereafter. As Saund wrote in his memoir: “Later in the general election the Republican campaign also hit hard at my being born in India. Every effort was made to make it appear that I was an Indian, not American.”

This portrayal of immigrants as outsiders in the countries we call our own is one that has echoed throughout the history of South Asians the world over. Contrary to the commonly held belief that individuals from the South Asian diaspora have been seen as a “model minority” in North America, our community’s story is much more complicated. South Asian stories have been haunted by a past that is steeped in discrimination, xenophobia, and a constant movement that brought them to places where they were either chased out, given no rights, or degraded for their culture and physical traits.

These stories have also been threaded with individuals who dearly attempted to grasp the meaning of freedom, the hope of a better life, and the fight for survival.

“Is life worth living in a gilded cage? Obstacles this way, blockades that way, and the bridges burnt behind.”

Situated on the shores of Puget Sound, a booming lumber industry in Bellingham, Washington brought in immigrants from Europe, China, Japan, the Philippines, and India.

By the summer of 1907, ships carrying hundreds of Punjabi immigrants arrived for work. But once here, these men, in their early twenties and thirties, were labeled “undesirable citizens”. The turbans on their heads were a beacon for prejudice, a “public nuisance” to local residents.

Labor leaders threatened violence against Punjabi workers and the mills they worked in until the evening of September 4th. That evening, large mobs of white men stormed the lodgings of the Punjabi workers. Other bands of rioters dragged immigrants from nearby rooming houses.

The locals wanted them gone. Fearing the violence of the locals, the police made a deal with the rioters to put the Punjabi workers in jail. It was for their own safety, they claimed.

The Punjabi men trekked on foot across the border to Canada the next day. The last few Punjabi residents left on September 17th, 1907, within twelve days of the riot.

No one was brought to justice.

”Now what am I? What have I made of myself and my children?”

In 1914, Gurdit Singh chartered the ship Komagata Maru to bring South Asian passengers to Canada. Singh warned Canadian officials that if they were denied entry, “other boats will be chartered, and my people will continue to cross the Pacific until we secure what we consider to be our just rights.”

About 376 “Hindustanis” were on the Komagata Maru, as it set sail for Canada from Hong Kong in April 1914, making stops in Shanghai, Moji, and Yokohama to pick up additional passengers. When the ship arrived in the Vancouver harbor on May 23rd, 1914, Canadian officials hoped that their refusal to land the passengers would end this story.

The Continuous Journey Law created by the Canadian government was an attempt to stop Asian immigrants from entering the country. Yet the Komagata Maru docked on the shore for eight weeks. The passengers demanded to be seen, making desperate claims to enter Canada.

On July 21st, Canada’s response was a naval cruiser, anchored near the Komagata Maru with 12 heavy-caliber guns and machine guns aimed at the ship. Passengers had no choice but to turn back. But the Komagata Maru’s symbol remained as a rallying cry to South Asians all over the world to demand justice.

”We cannot exercise our rights, we cannot leave this country. I do not choose to live the life of an interned person.”

At 21 years old, Kala Bagai, the “first Hindu woman” to enter San Francisco in 1915 after a decade, was considered an anomaly. Very few South Asian men were able to enter the United States with their families due to restrictive immigration laws. But Vaishno Das Bagai was able to bring his wife and three children, along with $25,000 in gold to show that they could support themselves.

Their wealth did not shield them from racism. When they purchased their first home in Berkeley, neighbors locked the house, preventing the family from moving in. Kala and her family moved back to San Francisco and lived above Vaishno’s general store on Fillmore Street.

In 1921, Vaishno was naturalized as a U.S. citizen but was stripped of citizenship two years later, on the basis of not being white due to the Supreme court decision in United States v. Bhagat Singh Thind. Forced to liquidate his property, denied the opportunity to use a U.S. passport to visit India, and forced to consider applying for British citizenship again, Vaishno saw no way through this misfortune. He took his own life in 1928.

Life for Kala was lonely after her husband’s death. She scraped together the funds from her late husband’s life insurance policies to send all three children to college. She learned English. She remarried. She carried the death of her loved ones in her heart.

In 1946, Kala and her sons were finally able to apply for naturalization and become citizens of the United States. Her home eventually became a “little India” to the community she lived in, and she became the symbol of “Mother India”.

SAADA is a community-based culture change organization working to ensure that South Asian Americans are included in the American story: past, present, and future. For the past 13 years, SAADA has collected, preserved, and shared stories of South Asian Americans, creating the largest publicly accessible archive of our community’s history. SAADA enables and supports artists, academics, filmmakers, journalists, students, and community members in creating content that shapes public understanding about the South Asian American community. Our work is done by, with, and for our community. Learn more at https://www.saada.org.