Aromatherapy for the 21st Century

The power of essential oils with Robert Tisserand

Aromatherapy. It’s a loaded term, and working out its exact definition means delving into a world of spiritualists and scientists alike. At its core, of course, are essential oils, but what does aromatherapy mean in the 21st century?

If you search for aromatherapy on the internet, or even in your local bookstore, you’re sure to be confronted with a number of titles illustrated with intricate, botanical designs, perhaps even a vial or two of nondescript essential oil. It’s easy to become disheartened when looking at the literature surrounding the topic. It’s confusing. Is aromatherapy a science or an art? What does uplifting mean? And why is it used 123 times in one book? What are the facts and the fiction?

A little digging will uncover that the term “aromatherapy” was coined by René-Maurice Gattefossé in the early 20th century after accidentally treating a burn with a vat of lavender oil. But that was a long time ago, and the world of aromatherapy has evolved a lot since then.

Robert Tisserand, leading aromatherapy expert and founder of the Tisserand Institute, explains: “I think it’s important to clarify that the word aromatherapy has evolved to encompass the use of essential oils for skincare, psychological wellbeing, household and personal hygiene, and medicine – or perhaps holistic healing. It’s really four or five distinct areas, or specialisms, under one broad banner.”

And he’s right – just a little googling shows a whole range of claims and uses, from helping you sleep to curing disease. Surely not all of them can be correct?

Robert acknowledges this, and believes pinpointing the effectiveness of aromatherapy comes down to recognizing the many factions of aromatherapy that exist today. He says: “If we divide aromatherapy into its discrete areas, it’s easier to assess whether or not they work.”

In other words, aromatherapy means a lot of things to a lot of people. Some use it as an alternative medicine, some for cosmetic effects, and others for spiritual benefits – many use it for a combination of all three. With so many claims and uses out there, it’s impossible to verify them all. What’s more, because aromatherapy usually combines massage, smell and sometimes even music, it’s hard to scientifically pinpoint what exactly makes it effective.

For Robert, he really did have to see it to believe it. He explains: “What convinced me was two things: personal use, either on myself or my patients, and reading the research. I found that cinnamon bark oil, taken orally, would really help in the early stages of flu, and that tea tree oil was a great help in fungal skin infections.”

Robert found that it was possible to look at historical uses for essential oils, herbs and spices, and re-explore them with a modern-day scientific lens. He continues: “It’s always amazing when you see a traditional use confirmed by research. We now know that cinnamon bark oil does have antiviral properties, and that tea tree oil is one of the most useful antifungal oils.”

As technology has advanced it has become possible to investigate the chemicals behind the claims – and in many cases it’s solid stuff. Both plant biochemists and medical researchers are discovering that the chemicals plants use to protect themselves are made up of the same things we use to zap bacteria on our faces or even on our work surfaces.

Robert says: “One of the reasons plants create essential oils is to attract pollinators, but another is as chemical weapons. We are now learning how to make the best use of these wonderful, natural chemical weapons for healing and wellness.

“The last 20-30 years has been dramatic, partly due to scientific research, and partly to clinical use. The science informs us about specific effects. For example, the reason that menthol feels cooling on the skin is because it triggers a cold receptor called TRPM8.”

The aromatherapy industry is establishing itself as a science as well as an art. 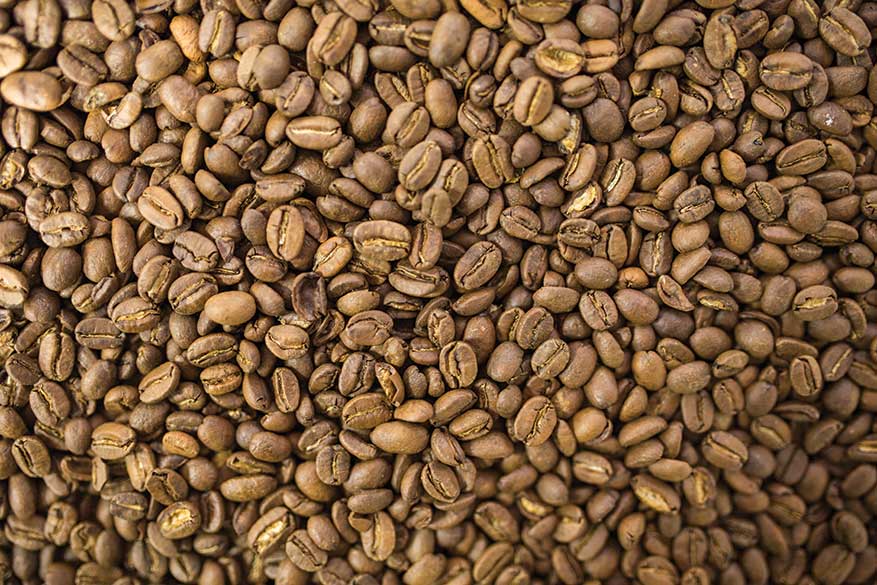 As you delve deeper into the science of essential oils, it’s hard to deny that these naturally occurring chemicals have a wide variety of effects on humans and the environment. Typing ‘essential oil’ into PubMed – a scientific research site – returns 19,000 hits, each one an individual research paper. That’s a huge amount of research: even if 50 percent of it showed no results, that’s still 9,500 research papers proving at least some of the chemistry behind essential oils.

Robert continues: “The medicinal action of an essential oil is absolutely determined by its chemistry, and it is very complex. We can look at a major constituent, like menthol in peppermint for example, and we can look at research on menthol to help us understand how and why peppermint oil does what it does.”

But, to Robert, an essential oil is more than just the sum of its parts. He explains that while each individual chemical constituent has an effect, as a whole they are often more effective.

“Very often we see evidence of synergy, meaning that whole essential oil is more effective than can be explained by looking at what’s inside it. We also see synergy quite often with simple blends of essential oils. Some whole essential oils have even been licensed as medicines for specific uses, such as Silexan (lavender oil) capsules for anxiety, and sandalwood oil preparations for acne.”

Robert is no stranger to the scientific side of the field, and is author of Essential Oil Safety – a must for anyone working with quantities of potentially potent essential oils. While they can be extremely useful, they can also be dangerous if used incorrectly.

“Essential oils should always be used with care and diligence. There are instances of individuals who ingested multiple essential oils over years, or applied undiluted essential oils topically for extended periods of time. Eventually, their body reacted and they developed allergies to virtually all essential oils.”

Robert is keen to point out that when used correctly, there is minimal risk.

“Everything is toxic. If you had a cup of coffee earlier, that can be toxic in the right quantities. If you are used to toxicology this is common knowledge, but if you aren’t it can be scary. We know how much of an oil is dangerous and we know how much is safe. Any large company is very familiar with the safety regulations. All essential oils in the quantities you use them in for cosmetics are safe.”

Undiluted or high concentrations of essential oil can cause burns, allergic reactions and serious illness, so their use is heavily regulated by bodies such as IFRA and the Scientific Committee on Consumer Safety (SCCS). Although it might sound like serious stuff, the truth is that in big enough doses almost everything can be dangerous – there really is truth in the old saying ‘too much of a good thing’.

So, what is aromatherapy in the 21st century? It seems, by focusing on the essential oils and further research into their effectiveness and roles within the ecosystem, the industry is gradually establishing itself as a science as well as an art. Robert even suggests that essential oils might be the key to solving modern-day issues.

“There is so much work being done today, a lot of it is focused on essential oils as pesticides, for food packaging and as alternatives to antibiotics for humans.”

In all of these areas, essential oils offer more desirable alternatives that could be safer, cheaper and more effective.

So, the future of essential oil usage lies firmly in science and research, while also continuing to make us look, smell and feel good.