Death is not Justice

Our campaign to abolish the death penalty

Death sentences, executions and public support for the death penalty are at historic lows. The use of the death penalty in the United States has been steadily declining and is now largely isolated to only a handful of states which actively use it. More and more people, including lawmakers, recognize that the death penalty does not create safer communities, does not address the root causes of crime and is not applied fairly across the country.

The flaws and failures of the death penalty are more apparent than ever. One of its biggest problems is the failure to ensure that an innocent person will not be wrongfully sentenced to death and executed.

In May 2016, we tackled the controversial topic of abolishing the death penalty in our American shops, along with our partner the National Coalition to Abolish the Death Penalty. We created the limited edition 31 States Bath Bomb, with all funds raised going towards organizations working to end the death penalty. Online and in store, we collected signatures for a petition that encouraged members of the Senate and House of Representatives to abolish the death penalty. We also produced a short documentary called Exonerated featuring Kwame Ajamu, who spent 27 years in prison (some of those on death row) for a crime he did not commit.

Kwame and his wife LaShawn. 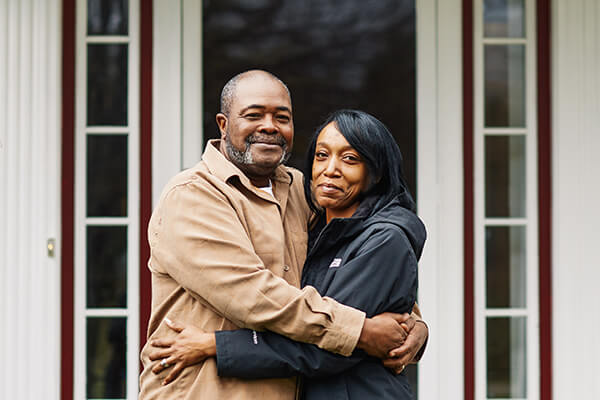 We collected nearly 24,000 petition signatures and saw Exonerated viewed thousands of times during the campaign.

Through the sales of 31 States Bath Bomb, we raised $132,000 USD for death penalty abolition. Our campaign partner National Coalition to Abolish the Death Penalty received a portion of the funds raised. We will also support the Journey of Hope speaking tour in Texas in October 2017, and will fund community screenings of The Penalty when it comes to theaters in North America.

We have also given grants to the following partner organizations of the 90 Million Strong campaign:

Alliance for Justice works to ensure that the federal judiciary advances core constitutional values, preserves human rights and access to the courts, and adheres to the even-handed administration of justice for all Americans.

Amnesty International USA works to abolish the death penalty in the U.S. and globally through campaigning, research and mobilizing grassroots activists.

Charles Hamilton Houston Institute for Race and Justice ensures every member of our society enjoys equal access to the opportunities, responsibilities and privileges of membership in the United States.

Hip Hop Caucus leverages the power of hip hop culture to advocate for policy, programs, rights and reforms that ensure no one’s potential will go unrealized due to poverty or discrimination.

The Multicultural Media, Telecom and Internet Council promotes and preserves equal opportunity and civil rights in the mass media, telecommunications and broadband industries. It is the leading advocate for minority participation in the communications industries.

Voto Latino is a civic media organization that provides culturally relevant programs that engage, educate and empower Latinos to be agents of change in America.