Joining the Movement for Trans Rights

How allies can break barriers

Being a transgender youth in the United States can be isolating and dangerous.

Young folks who are trans or non-binary often face family rejection, violence and harassment—all because of their identity. But trans youth are determined to change the narrative. By speaking up, sharing stories and challenging stereotypes, they’re creating a movement for equal rights.

Meet Juniperangelica Cordova, a 21-year-old student and elected senator at the UC Berkeley student association. She’s using her trans femme voice to advocate for inclusivity at her college campus and beyond. We chatted with her about the role of allies in the youth-led movement for trans rights.

What’s the importance of allies in the trans community?

Allies are important because sometimes fighting for ourselves is not enough. While I do think trans people will push the world toward true gender justice, I think allies can make that journey much easier. We need allies to be with us and show us when we need it! We need folks who are willing to use their privilege and power in this world to break the barriers that we cannot. 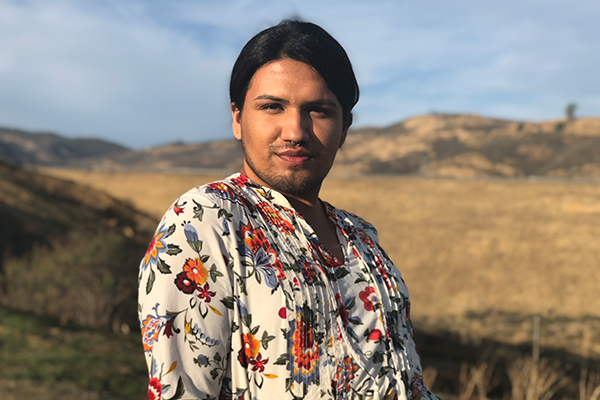 How do you define an ally?

An ally is someone who is down for my liberation. This is someone who has taken, or is taking, the time to educate themselves about what is can mean to live with my identities, and then also educate themselves on the needs of my community. This is not as simple as tolerating my existence. An ally must be breaking down everything they've been taught about gender and support the measures I take to support myself. It’s important to come at allyship from an intersectional perspective because being an ally to white trans people is not enough. We need to support ALL trans people.

What actions can someone take to be a better ally?

Self-education is so important. Media platforms such as TRUTH offer an amazing selection of information that will help allies learn about the experiences of the trans community, as well as the complexities of the needs of the community. The best allies I’ve encountered have always valued me for who I am, and don’t question my emotions, experiences, or needs. They listen and act when needed.

How are youth pushing the movement for trans rights forward?

Trans youth have always been at the forefront of the movement, recognized or not. Sylvia Rivera was 17 at the time of the Stonewall Riots. It is important for us to be highlighted and uplifted because young trans people can speak for their own needs. Young people are powerful survivors of state violence and we must be intentional about crafting an intergenerational movement that will survive well beyond our years.

Juniperangelica Cordova is a trans femme student who’s working for transgender and non-binary rights in the U.S. She’s an elected senator at the Associated Students of the University of California, and a senior organizer for TRUTH, a youth-led program for trans and nonconforming young people to build a movement for liberation though storytelling. Follow her on Twitter and Instagram.