Trophy hunting is outdated and cruel

When wealthy American dentist Walter Palmer made headlines for killing Cecil the lion on an illegal trophy hunt in 2015, the world answered back with shock and horror. Even Jimmy Kimmel teared up about it during his monologue and called viewers to action, sending over four million people to a wildlife defense website and increasing social media outrage.

Every year, trophy hunters kill thousands of animals on excursions just like Palmer’s, taking only the head, paws, antlers and coats to display as trophies at home. These wealthy individuals pay for permits to participate in this “sport” strictly for entertainment, and money made from the permits is meant to go back into local communities, but research shows that very little ever gets there.

After Cecil’s death, trophy hunting in Africa became a hot topic. How could we let this happen? What most didn’t realize is that trophy hunting happens legally right in our own backyard in North America.

The Great Bear Rainforest is a vibrant and vital ecosystem in British Columbia, Canada 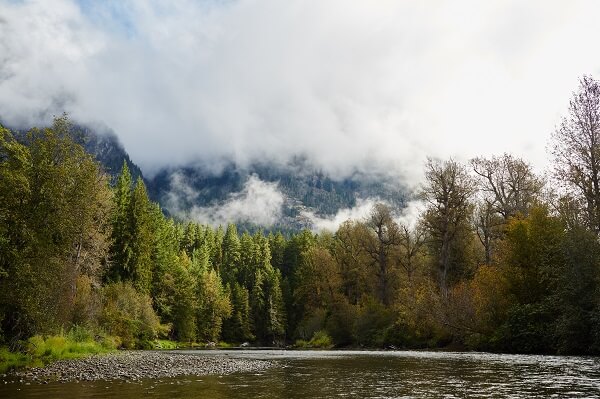 In 1975, grizzly bear populations reached a critical low in the U.S. due to reduced habitat, trophy hunting and other activities. To prevent them from reaching extinction, they were listed under the Endangered Species Act and have benefitted from federal protection. One of these protected populations is in the Yellowstone Ecosystem of Wyoming, Montana and Idaho. Currently, the U.S. Fish and Wildlife Service is considering delisting grizzlies from the Act and removing the protection they’ve received for more than 40 years. Should this happen, they would again become targets for trophy hunters.

In British Columbia, Canada, trophy hunting of grizzly bears was legal until the end of 2016. Every year, trophy hunters would flock to the wilderness hoping to shoot and kill North America’s most sought-after prize: grizzly bears. In 2015, they killed 289 of them. 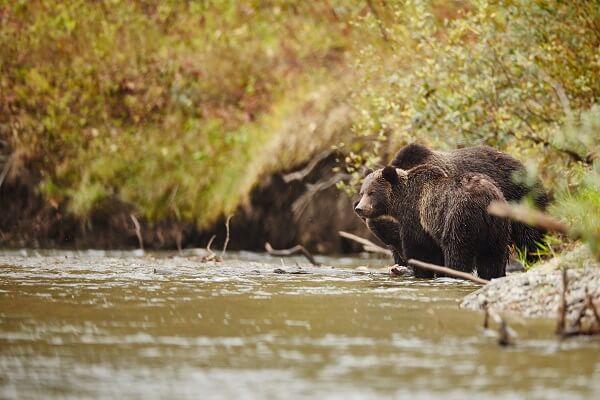 Trophy hunting is often presented as a necessary means to control animal populations, but grizzly bears are an apex species that help to naturally keep everything in balance. A recent report by the U.S. House of Natural Resources Committee found little evidence that trophy hunting helped keep numbers down at all.

In B.C., those in favor of trophy hunting argue that it generates income for the province. Research shows that despite the thousands of dollars hunters payed to participate in hunts, those small numbers don’t compare to the money brought in from bear viewing tours, which are not only much more humane, but also bring in more than $15 million a year.

Bear viewing as a sustainable industry is on the rise, and will continue to flourish now that it’s not competing with the grizzly bear hunt. The ban on trophy hunting has given grizzlies the protection they need, thanks to the pressure put on the BC government by residents.

A grizzly bear swims through the Great Bear Rainforest 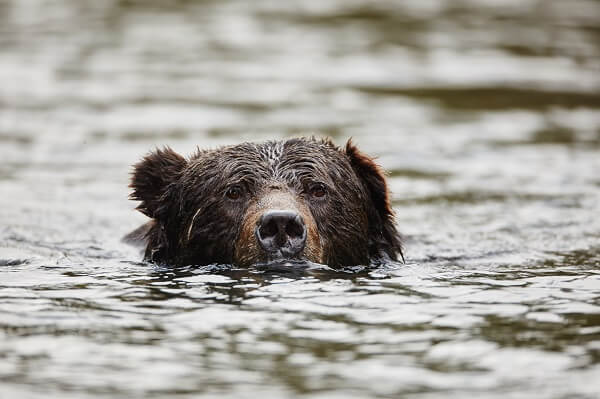 Want to learn more about the issue of trophy hunting grizzly bears in North America? Check out the film Trophy presented by Lush Cosmetics.