“Digital rights are human rights. The same rights you have as a human being existing in flesh and bones should exist in bytes and bandwidth.” This is the mantra that human rights advocate Wafa Ben Hassine stresses, and the mantra that drives her work. As a Tunisian-American living in Tunis, she sees digital rights as something that can affect us all, wherever we are in the world.

“The internet really means different things for different people,” Ben-Hassine told the audience at the Lush Creative Showcase in September, 2016. “For me, the internet means home. It’s a channel to communicate with those I love the most, and to keep connected with the things I care about the most as well.” 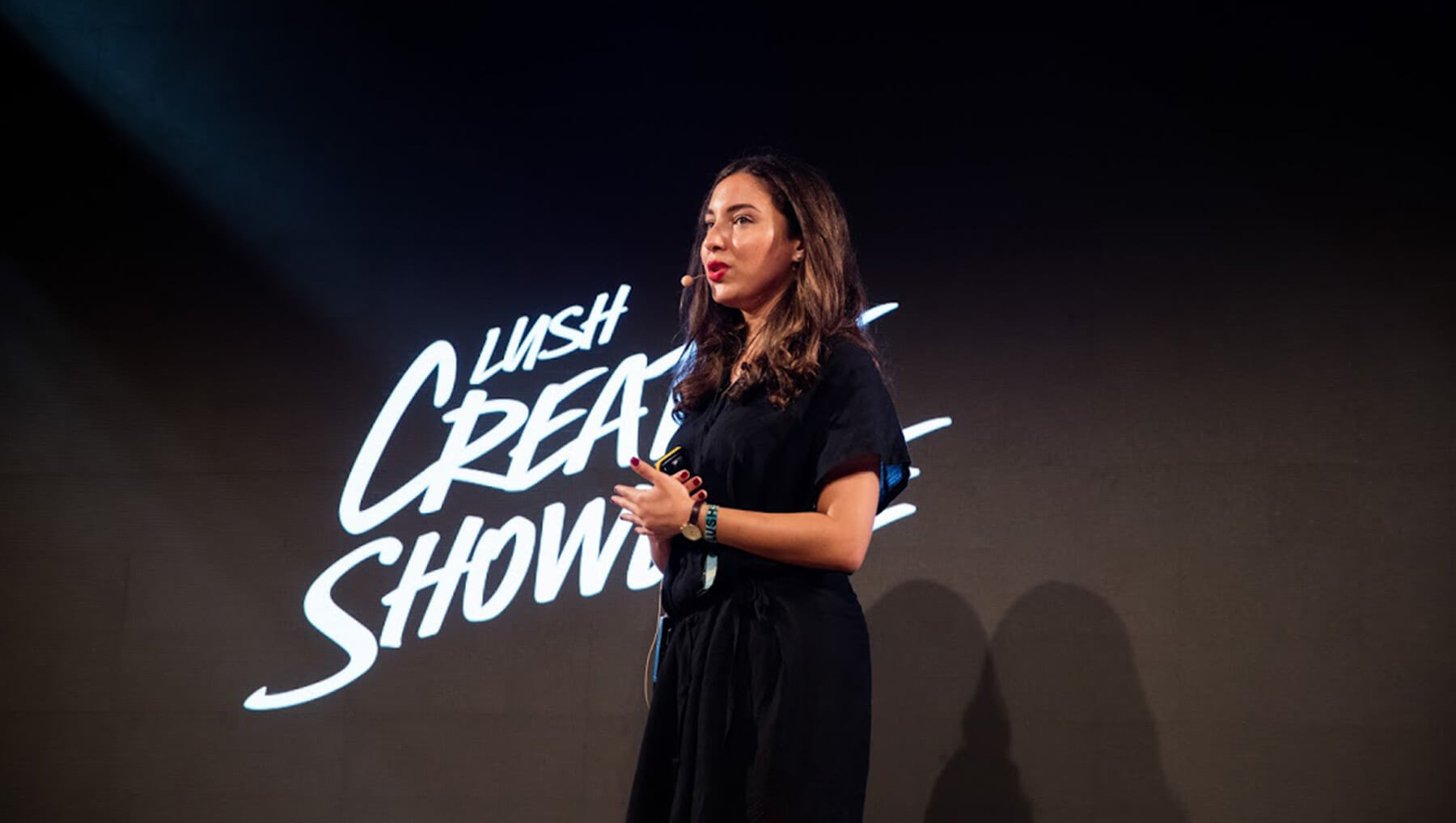 Ben-Hassine has recently taken on a new challenge—adding to her experience as a human rights advocate, law graduate and writer—she’s leading advocacy and policy in the MENA region for Access Now, a group that defends digital rights across the globe. One of her focuses will be fighting government ordered internet shutdowns through campaigns like the #KeepItOn campaign Lush is participating in. “Internet shutdowns are something we’re taking very seriously, as evidenced by the #KeepItOn campaign,” says Ben-Hassine. “There’s a lot of abusive counterterrorism and cybercrime legislation that could infringe on users’ rights online, such as their right to privacy, or their right to free and uninhibited freedom of speech.”

The #KeepItOn campaign has a global outlook. The 2011 shutdown in Egypt was the initial spark for the #KeepItOn campaign, and it was finally given oxygen at RightsCon, a global convention discussing the future of the internet. The campaign is made up of organizations from across the world, united in their efforts to fight government ordered internet shutdowns. According to Ben-Hassine, the campaign is a way to, “pressure different governments to first of all not engage in internet shutdowns, and also to encourage telecoms companies to not give in to those government orders.”

In 2011, the internet was shut down in Egypt in an apparent attempt to re-establish control during protests. Protesters were arrested, and some were killed. Ben-Hassine vehemently rejects this defense for a shutdown. “We have to challenge the rhetoric used by governments that shutdowns are being used to restore law and order,” she says. “The internet could be used for good or evil in many situations, but it’s a tool that people have to rely on.”

“You’re basically killing a population for X amount of time [with internet shut downs],” Ben-Hassine continues. “You’re stopping a country or individuals from engaging not only in regular affairs and regular business, but also from talking to loved ones, and from reporting emergencies.”

Internet shutdowns aren’t the only threat to digital rights. Another concern of Ben-Hassine’s is: “Governments using national security rhetoric to make people think they have to sacrifice a part of their liberty in order to have a secure country or a genuine safe livelihood.” She describes millennials as having a feeling of genuine ownership of the internet, and that if they knew how their digital rights were being infringed upon, they’d be disgusted. “I have hope in that generation,” she said. “Because I think once they know, they’ll be better poised to make a difference to stop those abuses which occur all the time.”

With the U.K. preparing to leave the European Union, what does Ben-Hassine think Brexit means for digital rights in the U.K.? She’s quick to point out that everything is very uncertain, but she does have concerns about the future. “Regardless of when and if the United Kingdom leaves the European Union, the U.K. must maintain its commitments to domestic and international human rights obligations as it negotiates Brexit terms, whilst keeping in mind that the U.K. passed a law implementing the European Convention on Human Rights domestically,” she says.

Ben-Hassine also passionately discusses the overuse of surveillance of online communications in the U.S. and U.K., and the plethora of CCTV cameras. She sees surveillance as an infringement on privacy. “Are you hiding guns or drugs in your house?” she says. “If not, then why do you lock your door? It’s so you can have your privacy. It’s the same thing with surveillance. I wouldn’t leave my door unlocked without reason, although I have nothing to hide. I like to keep my life private.”

Ben-Hassine wants the U.N. to take a very active role in stopping shutdowns, but she also has a message for the rest of the world. “People can actually fight back—people like you,” she says. “Just talking about it to your friends or colleagues can have a tremendous impact. We’re only going to win this fight with you all.”

Go to accessnow.org to get involved in our #KeepItOn campaign to fight back against internet shutdowns.