Join the continued fight against the fur trade.

Journey into darkness and join the continued fight against the fur trade.

Over 100 million. It's nearly impossible to conceptualize, but that is the approximate number of animals killed for their fur pelts by the global fur trade every year. In countries like Canada, United States, Russia, China and across Europe, the fur industry continues because people still buy real fur. And for many of us, fur farming is happening right in our backyards without our knowledge.

Enormous in scale yet somehow hidden from view, the sprawling steel sheds of fur farms contain rows and rows of cages filled with fragile little bodies. The animals contained in these cages are mostly minks, foxes and raccoon dogs, and they are longing to know freedom. With wide anxious eyes, they dig endlessly at the wire floor: they circle, pace and cry out loud. But the noise they make is merely echoed by the cries of their fellow prisoners, or masked by highway traffic noise outside their cages.

An inside look at the atrocious conditions where animals are kept 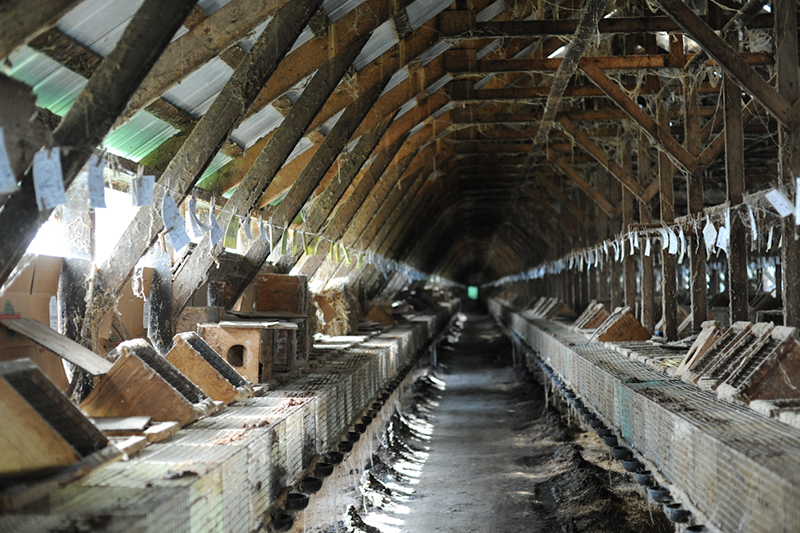 For most of these creatures, even death is not kind. Just before their first birthday, they will be gassed or electrocuted. Their skin will be removed to adorn the trim on the hood of a trendy parka or the ruffle on a pair of boots. The rest of their body will simply be discarded into a pile of trash or compost. Now imagine the number 100 million once again. This is how many lives are lost each year in this way.

In Canada, the fight to protect these animals started in the 1930s, at a time when the notion of being fur-free was an unknown concept. It began with a letter between like-minded people: one in British Columbia, the other in Ontario. They believed using steel-jawed leg-hold traps to catch animals was cruel and wanted to find a better solution. Their correspondence led to the formation of an organization focused on ending cruel traps: The Association for the Protection of Fur-Bearing Animals (APFA).

As the fur industry evolved, so did APFA. First, the Association determined that there would never be a cruelty-free trap. By the 1960s they decided that using any fur was an unnecessary evil, and that all use of fur should be stopped. The anti-fur slogan “ban the leg hold trap” was the mantra, and members traveled across Canada, the United States and Europe looking for supporters of their mission to end cruel trapping. Today, APFA is doing more than just speaking out against trapping. While some trapping still exists, the industrialization of fur production is extremely alarming.

Recently, I received photos from an undercover investigator and I was moved to tears. A red fox on a fur farm had already given up. Her tiny little body was so crippled and full of sores. Her brown eyes were dull and listless, and she couldn't even lift her head. Years of confinement as a breeder had taken their toll. And I knew that for this little one, it was too late. Even with the best medical care, she couldn't be saved. I often think about that one fox. And my heart breaks because I know there are so many more just like her.

To expose the truth of the fur industry, we need your help. Join us on a journey into the darkness, to help us shine a light on the darkest cage, in the darkest corner. Help bring light to a tiny mink, fox or raccoon dog who has been waiting to see you, hoping that you can help. She’s desperate to know that there is someone on the other side who will never stop fighting for her freedom.

I know you care because you’re reading this article right now, and that’s why you shop at one of the most ethical retailers in the world, LUSH. There has never been a better time, because we need your help today. The animals can’t wait any longer. It’s not enough to avoid buying fur. We have to work together to stop the fur trade entirely.

We can stand together. We can protect these animals. We can make fur history.