A rice farmer in Fukushima writes about turning tragedy into opportunity

Kiyoshige Sugiuchi, farmer and director of Minamisoma Agriculture Regeneration Council, writes about his experience producing rapeseed oil to rebuild his community after the devastating Fukushima Nuclear Power Plant Disaster of 2011.

I began organic farming 18 years ago and have been growing rice and cherishing dialogue with the natural environment since then. However, the 2011 Fukushima Daiichi Nuclear Disaster changed the lives of rice farmers forever. As a result of the radiation that contaminated the soil in the area, we were no longer able to continue our farming.

The area I live in, Ota district in Haramachi ward, is located around 20 kilometers from the power plant. Many of the rice farms in the area have now been deserted. All rice grown in Fukushima gets tested and sent out to the market when its safety is confirmed. However, due to harmful rumors, it is not as in demand as before. 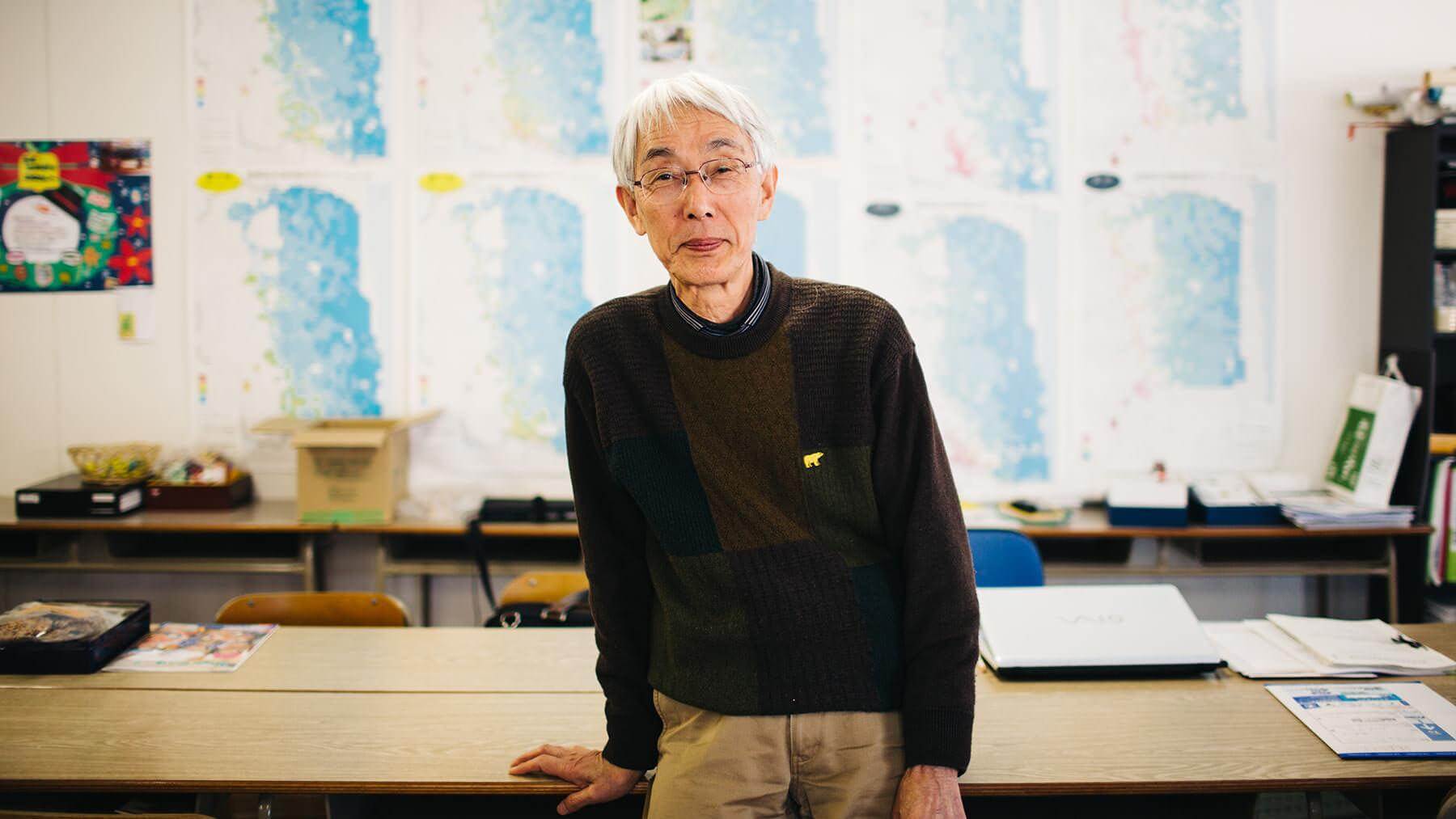 When our rice first wasn’t selling, our motivation began to disappear. Although we received compensation from Tokyo Electric Power Company, there were farmers who wouldn’t come back to farm because they cannot find ways to grow rice again.

Under such circumstances, we could not see a clear future. We started the Rapeseed Project simply with a hope to regenerate farming land and restart agriculture. Rapeseed flower has the capacity to remove some radioactive materials from soil and we extract the oil from the seeds. The oil is free from contaminants, as water-soluble radioisotopes do not get transferred to oil, so it can be sold as cooking oil. Moreover, there is potential to generate biogas with its residue so the plant can be used to create energy.

It was about three months after the disaster that we arrived at the discussion of producing rapeseed oil. I was invited to visit a research facility in Tochigi by a professor who had helped me in the past when I began organic farming. There, I heard how rapeseed had previously been used to decontaminate areas of Ukraine after the Chernobyl disaster. They proved that oil plants such as sunflower, soy and rapeseed flower have the capacity to remove some radioactive materials from soil, and radioisotopes do not get transferred to oil.

Upon my return to Minamisoma, I tried planting rapeseed plants in the autumn. I also tried extracting the oil myself. I had no idea how to extract it, how much to extract, or how to get higher quality oil, so at first I spent a lot of time puzzling through all this. When I finally extracted the oil it was transparent and had a clear beautiful color. That brought me a feeling of hope, and I began to feel a sense of unbridled happiness.

Another thing I gained from the rapeseed oil initiative is a connection with people. After the disaster, traffic in town was low and the community was quiet. People did not leave their houses much. Under such circumstances, I felt my point of view began to narrow and felt shut in. However, in Tochigi it was completely different. Meeting organic farmers there and talking to one another about our situations helped me start feeling open again.

Chernobyl nuclear disaster happened in 1986 and contaminated a wide area. Meeting Kawada, a professor who took up the challenge of agriculture regeneration in Ukraine, and learning from his knowledge, gave me assured power to move forward. All alone, no matter how much I thought about it, I couldn’t find an answer, but by talking it through with other people, I was able to begin to get a sense of moving into the future with a goal.

In 2014, I had the opportunity to visit Chernobyl. Although you can’t approach areas any closer than 30 kilometers from the power plant, and the situation in these areas was a shock to me, people are improving the contaminated farm land around this area, and agriculture was in place. When I was guided to big farming land ran by a farmer who studied with a professor from Zhytomyr National University of Agriculture and Ecology, I learnt the power of the earth and was greatly encouraged. Local people in the area were eating vegetables that had been produced in the area after testing them. While things were not exactly the same as they had been before the disaster, it struck me that they are living a normal life.

However, it is also true that the majority of people living there were elderly and there were not many young people in the area. It is same as what is happening in Minamisoma: the young generation with children do not return to the area after building a new life where they evacuated. A local elementary school in my community previously had 136 children. Now it has only 53. Maintaining a community proved to be challenging.

How can we regenerate a community? First, we have to accept that reality is a reality. Then from there, we have no choice but to consider what we can do. For me, that was preventing the further ruin of the land, and finding a flexible approach beyond conventional ways. One of those was the rapeseed project.

The rapeseed oil we produced had a debut in September 2014. The oil is called “Yuna-chan.” Local high school students who were also working on the rapeseed project worked with us coming up with the name and design of our product. Yuna-chan has great effects as cooking oil, and can be used for stir-fries and deep-frying. In Japan currently, more than 90 percent of cooking oils are produced abroad. Therefore, it’s incredibly valuable that our oil is non-GMO and locally produced. We of course ensure its safety, too. Using a device with a low limit of detection, we test per lot and the result has been ND (Not Detected).

The next step is to increase our production. Since rapeseed is a field crop, the fields need to be appropriate when we plant on rice. Water drainage is the main challenge. There are also many issues we need to swiftly work on, such as farming facilities, equipment and human resources. What matters the most, however, is the people-to-people connection. I want to engage young people, have them understand the initiative and encourage connection beyond generations. It is important to build a structure wherein we accept anyone who is keen to work together. Agriculture is beautiful as it is strongly tied to nature, however it is difficult to feel it in today’s society. My goal is to communicate the beauty of agriculture through food and energy. One of these ways is rapeseed oil. With Lush Japan launching this soap using our rapeseed oil, I feel that it has become a great opportunity to communicate the beauty of agriculture beyond the food industry.

With these small steps, I want to continue into the future aiming to produce biofuel with our oil, so the energy required to extract oil can be supported, and circulatory system that does not burden nature can be built. I think such a system will lead us to restoration and regeneration of our community.