The gift of having a transgender child

When I saw the number of “Jesse’s” therapist pop up on my phone, I was invaded by a familiar sense of dread. “What’s happened this time?” I thought.

I took a deep breath while my ringtone (Gangnam Style, a popular song then) persisted. When I finally answered, the therapist cut straight to the point: “Karen,” he said, “you don’t have a gay son, you have a heterosexual daughter.”

For a split second, his words sounded as incomprehensible to me as Gangnam Style’s Korean lyrics.

And he followed up with urgent instructions. “We need to talk about getting her …” - Wait…her? Who’s her? "… on puberty blockers soon. She has gender dysphoria.”

Gender dysphoria. I knew it was condition marked by extreme anguish at having a body that doesn’t match one’s gender identity. I also knew this had been true with Jesse since he could express himself—and Jesse just turned 13.

But I’d always assumed that my dramatic child, who liked to dress like Hannah Montana, was a gay boy. I wasn’t surprised when two years earlier, Jesse told me as much. I admit to being relieved that Jesse wasn’t coming out as transgender. As a mom, I knew that being gay would present obstacles, but nothing like the challenges Jesse would have to face being transgender.

That was over four years ago, but I still remember clearly how, after mustering a pretense of calm, my façade collapsed and the questions of a scared mother poured out: “What, exactly, are puberty blockers? How will I afford them? Where do I get them? Do they cause cancer? And… (quick breath) …does this mean he is transgender?”

“It probably means she is transgender,” the therapist said. “But the puberty blockers are 100 percent reversible, so if she changes her mind, nothing permanent has been done. Further puberty will just have been temporarily delayed.”

“So, he could change his mind?” I asked fervently, hoping that despite the fact that my child had expressed the gender identity of a girl consistently since before the age of two, that maybe Jesse would miraculously change his…her??…mind. I thought, why can’t he just be gay? I know how to do gay. Gay is great. Jesse told me he was gay.

The therapist was firm, correcting my pronouns, telling me that my child wanted to be called Grace, that she could conceivably change her mind, but that the vast majority of kids who have this level of dysphoria after puberty has begun and who have been consistent as my child in their identity expression are, indeed, transgender. “It’s important not to misgender children with gender dysphoria,” the therapist told me. “It produces levels of anxiety that they experience as trauma. Use female pronouns. Always.”

Ever since I can remember, my child was different. The doctor said she was a boy, and she had the requisite boy parts, and none of us knew any better at the time. We didn’t understand back then that gender identity is formed in the brain, in utero and may be different from reproductive organs. My toddler son pointed to girls on diaper packages, in books, on the street and loudly declared “Jesse!” Even before she could complete full sentences, she wanted us to know that she was a girl. How she understood so young that we were mistaken about her identity, I don’t know. But her mission to be seen, heard and understood, was evident to everyone who met her — and before she even celebrated her second birthday.

A young Grace listens to a story 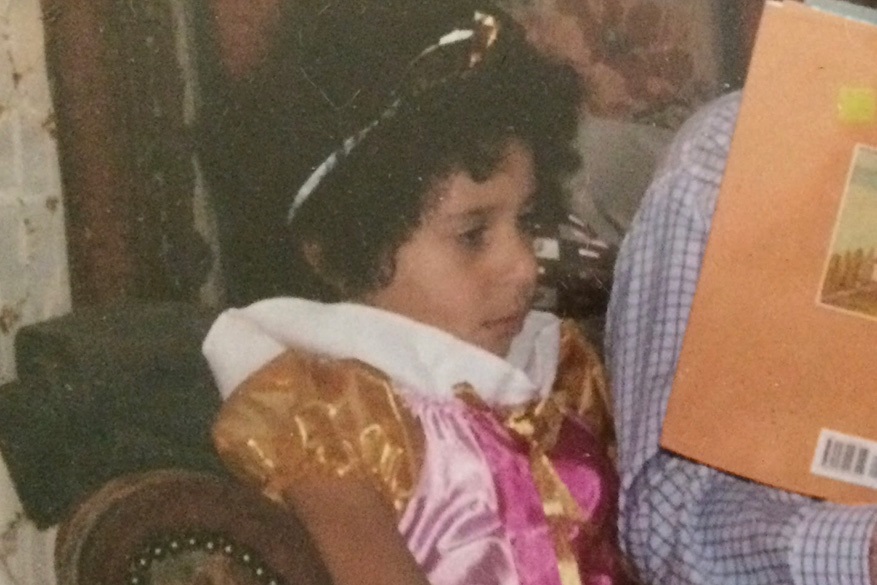 Desperate to understand my verbal, passionate child who rejected balls and trucks for dolls and dresses, and, when I’d dress her in boys’ clothes, declaring, “But Mama, I’m a girl! I’m a girl!” I eventually found the National Children’s Medical Center parent group for “Gender Variant Children.” Back then, even cutting edge medical and mental health professionals didn’t understand that children are, indeed, born transgender. So, we parents of our “gender variant” children bonded over our shared distress and ignorance, meeting secretly once or twice a year, creating a precious and safe space where our children put on wigs and dresses and held endless fashion shows, bonding over their own secret: while their parents thought they were boys, many of knew they were girls.

And, it turns out, they were right.

The years between then and now have been enormously difficult. My child has been called “an abomination,” told she is going to hell, been denied the use of girls’ bathrooms, been suspended after other children have hit her, been caught in the middle of lawsuits, and has suffered rejection from some people close to her. But she never stopped believing in herself, never strayed from her quest to be seen, heard and understood for who she is.

When she transitioned in the 8th grade, the Welcoming Schools program helped her middle school understand her needs, and when she entered high school, she was secure with herself and found an accepting school atmosphere.

Now my confident 17-year-old daughter, Grace, is happy and beautiful and talented and helping others. She has become a national advocate for transgender youth, especially trans youth of color. She's become involved with the National Center for Transgender Equality, which has offered her so much support and opportunities to advocate. She also serves on the NCTE National Council of Advisors. She has worked on federal policy with the likes of then-US Secretary of Education Arne Duncan, shared the podium with Congresswomen and Senators, been made into a superhero by the National Ad Council, worked on the youth councils of the Kennedy Center, Aspen Institute, Gender Spectrum and other national organizations to create inclusive and supportive environments for transgender youth.

I marvel at her courage. I love her with all my heart. I still don’t understand the lyrics to Gangnam Style, but I do now comprehend what my child had been trying to tell me since she first put a sentence together: she is my daughter. She was born my daughter. We got it wrong for 13 years, but she never did. She’s always had it right.

Karen Dolan is the mother of Grace, an outspoken transgender advocate. Karen also directs the Criminalization of Race and Poverty project at the Institute for Policy studies where one of her specialty areas is gender.

An earlier version of this appeared in Alternet under the pseudonym Kay Davis on June 10, 2016.