Resistance and Resurgence is a five-part article series authored by Indigenous journalists, thought leaders and activists. In it, we’ll explore the key historical and present-day issues impacting Indigenous communities across Turtle Island, make connections between the past harms and the need for action now, and share stories of resiliency that have gone unrecognized by mass media since time immemorial.

The history books have largely written about Turtle Island as terra nullius—lands belonging to no one—and thus available for the taking, but this couldn’t be further from the truth. Since time immemorial, the vast territories in what is now known as Canada and the United States have been occupied and governed by powerful, sovereign Nations as diverse as the many states that make up the United Nations today. Indigenous Nations like the Mi’kmaq, Kanien’kehá:ka, Dine and Cherokee, were sophisticated societies with unique cultures, languages, customs and traditions. Each Nation had their own complex set of laws and governing practices over well-defined territories where they developed productive economies, trading relationships and political alliances with other Nations. 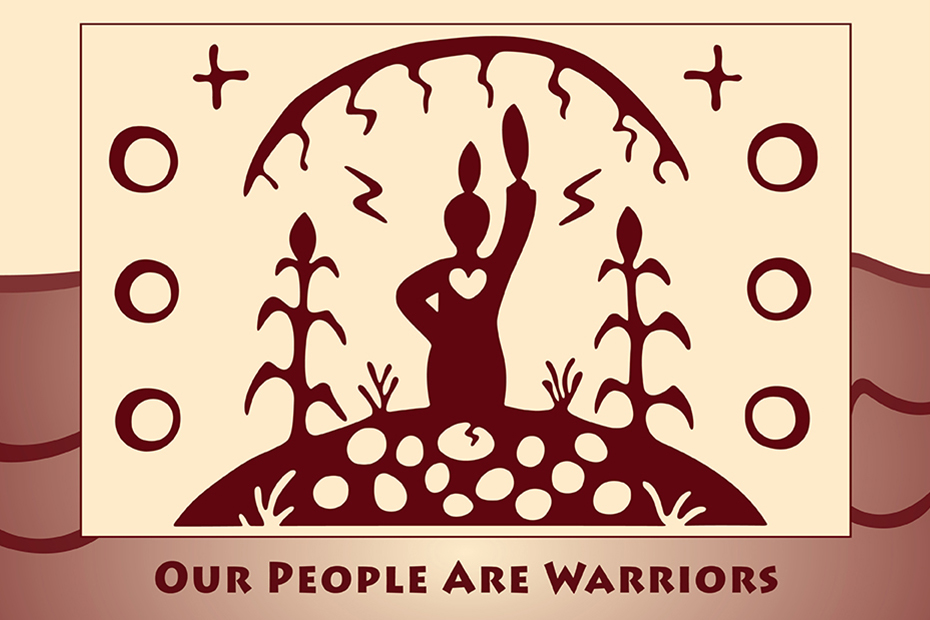 The lands on Turtle Island were very much occupied, governed and defended by sovereign Nations for tens of thousands of years before contact. When Europeans made their way to our shores, attitudes of white superiority, religious domination and capitalist greed fueled horrific acts of violence by forcing Indigenous land surrenders in treaties, forcibly relocating entire Indigenous Nations, or wiping out specific Indigenous groups altogether.

This colonial project is considered by many experts to be one of the worst and longest-running genocides ever committed. Under international law, genocide includes killing members of the targeted group; causing physical or mental harm; creating the conditions of life intended to destroy the group; and preventing births and/or transferring the children of the targeted group to another group. In both countries, colonial officials engaged in targeted violence which included the distribution of blankets infected with small pox; scalping bounties placed on the heads of Indigenous men, women and children; the forced sterilization of Indigenous women and girls; residential or boarding schools where thousands of Indigenous children were abducted, starved, physically and/or sexually abused, tortured, medically experimented on, and/or murdered. This is not ancient history.

Colonization has had devasting inter-generational impacts in many Indigenous communities including high rates of poverty, suicides, chronic illness and disease; and lack of access to healthcare, safe housing, and clean water. In addition to high rates of homelessness and food insecurity, we also face systemic racism in the form of police-involved killings and over-incarceration. But these conditions can’t be understood solely in terms of the historical legacy, as many of these policies continue today under different names. What used to be the abduction of Indigenous children and forcing them into residential schools is now the apprehension of Indigenous children into foster care at rates three times higher than during the residential school era. The forced and coerced sterilizations of Indigenous women continue today, as does the legislative extinction formula contained in Canada’s Indian Act. This is all in addition to the continued erosion of Indigenous languages and cultures, and the environmental destruction of Indigenous lands and resources.

Indigenous resistance to these powerful colonizing forces has only been possible because Indigenous peoples are warriors in mind, body and spirit—grounded in the love and strength that comes from Indigenous cultural resurgence and community. Together with our ancestors, Indigenous peoples are leading the way in social movements on the ground defending our lands and waters; in the courts advocating for human rights and social justice; working with NGOs to take action on the climate crisis; and occupying places and spaces in universities, governments, businesses, and the media ensuring that our voices are heard.

These sustained Indigenous efforts at public education and advocacy have inspired millions of Canadians and Americans to do their part in bringing about reconciliation. Many of our friends, allies and supporters have been intentional about learning our colonial history, so they can understand the links to current injustices. This is what reconciliation is all about. While local solutions will vary, meaningful reconciliation includes returning available lands, sharing resources, compensation for past harms, respecting Indigenous self-determination and addressing systemic racism. For this to happen, we need to work together in our advocacy and activism to hold governments and society to account. Together, with Indigenous peoples leading the way, it’s possible to address social injustice and the climate crisis so that all our children, seven generations from now, will have a future.

Implement Calls for Justice and Action

Calls to justice: National Inquiry into Missing and Murdered Indigenous Women and Girls (2019)

All Eyes on Wet’suwet’en

Pamela Palmater is a Mi’kmaq lawyer and activist from Ugpi’ganjig (Eel River Bar First Nation). You can learn more about the work she does, along with educational videos, podcasts, and publications on her website.

This is just one story in our five-part series. Read the rest of our Resistance and Resurgence stories now.

The opinions expressed in this article are those of the author. They do not intend to reflect the opinions or views of the Indigenous community as a whole or of all Indigenous people in Canada or the United States.

Lush Cosmetics North America respectfully recognizes that our business operates on Indigenous territory across Turtle Island. As a business headquartered in so-called Canada, our largest facilities are located on the unceded territories of the Musqueam, Squamish and Tsleil-Waututh, as well as the lands of the Mississaugas of the Credit, Anishnabeg, Chippewa, Haudenosaunee and Wendat. Our commitment to reconciliation and decolonization is guided by the Truth and Reconciliation Commission of Canada: Calls to Action #92. We recognize that our facilities, along with our settler and newcomer staff are guests on this land and as we act to repair past harm, we do it together in allyship with Indigenous People everywhere, including staff, customers and with leadership from organizations and communities we work with.