U.S. and Canada Banding Together to Save Sharks

How U.S. Congress and Canadian Parliament can save sharks from cruel shark finning and the brink of extinction through legislation.

Each year, an estimated 100 million sharks are killed to meet global demand for their fins and other shark products. Many of these sharks die from a practice called finning, in which the shark’s fins are sliced off while the animal is still alive, and the rest of the animal is thrown back into the water to die a slow and painful death. This cruel practice has depleted shark populations, threatening many shark species with extinction and disrupting the balance of ocean ecosystems.

Sharks grow slowly, mature late, and have relatively low rates of reproduction, making shark populations highly vulnerable to overfishing. Consequently, many shark populations are threatened. Some have declined by as much as 90 percent in recent decades, and up to 25 percent of shark and ray species are estimated to be at risk of extinction. The bad news? U.S. law does not adequately protect them. The good news? Canada has taken great steps forward to save sharks.

Sharks need their fins more than we do 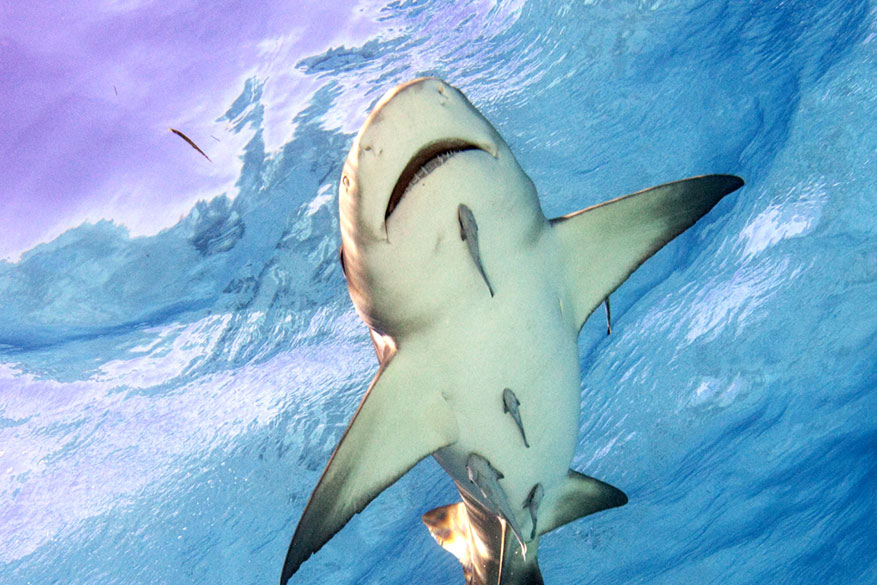 While Canada and the United States prohibit shark finning in their waters, traders can still buy and sell shark fins in the U.S. Only by stopping this trade can there be a truly meaningful reprieve for sharks and their suffering.

In the United States Congress, both the Senate and the House of Representatives have introduced bipartisan bills addressing this harmful trade. In the Senate, The Shark Fin Sales Elimination Act (S. 877) was introduced by Senators Cory Booker (D-NJ) and Shelley Moore Capito (R-WV), with five other original cosponsors. The companion bill in the House of Representatives (H.R. 737) was introduced by Representatives Gregorio Kilili Camacho Sablan (D-MP) and Michael McCaul (R-TX), with 49 other original cosponsors. The legislation has positive momentum. The Senate Commerce, Science, and Transportation Committee passed that chamber’s bill in April, bringing it one step closer to a full Senate vote. The House bill, with more than 200 cosponsors so far, looks likely to be considered by the House Natural Resources Committee this summer.

In the Canadian Parliament, Senator Michael MacDonald and MP Fin Donnelly introduced and championed the ‘Ban on Shark Fin Importation and Exportation Act’, Bill S-238, in the Senate and the House of Commons. This bill has garnered support from legislators from all political parties. This is substantial, given that Canada is the largest importer of shark fins outside of Asia. In 2018 alone, Canada imported approximately 150,000 kg of shark fins, which is 40% more than it did in 2012.

Incredibly, the Canadian government has championed this critical legislation, Bill S-238, into their own legislation, Bill C-68. This legislation recently passed just following World Oceans Day. The import and export of shark fins into Canada will now be a thing of the past. This victory is a huge step forward for shark protections in Canada.

Canadians and Americans agree: sharks need their fins much more than humans do. In Canada, polling has shown that an overwhelming majority of Canadians—81 per cent—support banning the import of shark fins. Similarly, in the U.S., an estimated 80 per cent of Americans support a nationwide ban on the shark fin trade.

However, more needs to be done to protect sharks in North America. Bordered by two oceans, the U.S. has an obligation to fight the overfishing, trade and destruction of sharks; and align with public of their citizens and catch up to Canada. The survival of sharks and that of our oceans—and the planet itself—depend on it.

If you live in the U.S.–ask your U.S. representative and your two U.S. senators to become a cosponsor of the Shark Fin Sales Elimination Act.

Julie MacInnes is a campaign manager for Humane Society International/Canada