From Sharkwater to Fin Free

Rob Stewart’s film Sharkwater exposes the cruel reality of shark finning and what you can do to stop it.

In January 2017, Rob Stewart lost his life while scuba diving off the Florida Keys. He was just 37.

During his life, Stewart brought awareness to ocean wildlife and conservation, and partnered with Lush on a few occasions to share the horrors of shark finning with the world. To support his ongoing work at the time, we created the limited edition Shark Fin Soap and donated 100% of the proceeds for each one sold. On World Oceans Day, we’re re-launching this iconic soap and donating all sales to a new foundation being established in Stewart’s honor. One of the foundation’s projects will be to complete Stewart’s newest documentary SHARKWATER: EXTINCTION, the sequel to his critically-acclaimed and award-winning film SHARKWATER. To further support his work, sign the petition to ban Canadian imports of products of shark finning.

In August 1999, I was a 19-year-old photographer embarking on my most exciting photo assignment yet: to photograph my favorite species, hammerhead sharks, in the Galapagos Islands, Ecuador. As a “fish nerd” I spent as much time with sharks as possible, and grew to understand a very different side of sharks compared to conventional media. To me they were shy, inquisitive, sensitive and important. Being the first animal on earth with jaws, and the only large animal to have endured for 450 million years and five mass extinctions, they’re a huge part of the framework for life in the oceans. Life that gives us most of the oxygen we breathe.

Upon arriving in the Galapagos Islands, instead of sharks in all their majesty in the most protected marine reserve on earth, I found a fishing line that could stretch from earth to outer space, with thousands of baited hooks and hundreds of dead and dying sharks.

They were being hunted for their fins.

Shark fin soup is a Chinese delicacy so desirable that a single pound of shark fin can sell for more than $400 USD, leading to the practice of finning: keeping only the fins and discarding the bodies, which wastes 95% of the animal. This demand slaughters 100 million sharks each year, decimating 90% of the world’s sharks within my lifetime.

In an effort to bring this message to the world, I set out to make Sharkwater - a film that I hoped would show sharks in a new light. Instead, I was thrust into the dark and dangerous shark fin industry, resulting in pirate boat rammings, attempted murder charges, espionage, corrupt governments, machine gun fire and mafia rings. My journey surviving making the film became Sharkwater. 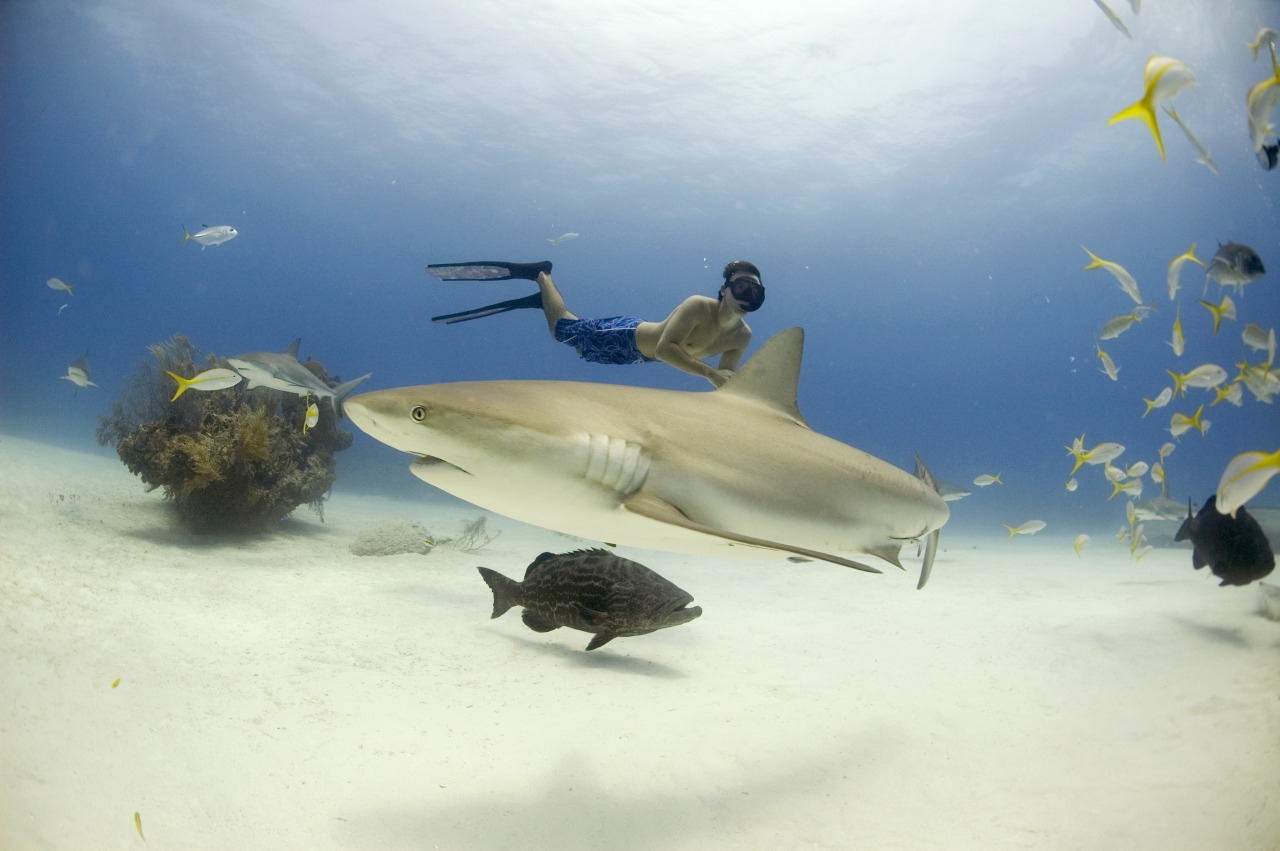 124 million people have seen Sharkwater since its release in 2007. Countries that have banned shark finning climbed from 16 to more than 120, the Chinese government stopped serving shark fin soup, and shark fin imports to China dropped 70%. Celebrities, the public, and particularly kids started fighting for sharks, and their future. The world changed with information, proving something universally human – that we care, and will do the right thing if we know what’s going on. Just as awareness in the past united people against slavery, discrimination, holes in the ozone layer and whaling – it’s our humanity and our morals that change this world every time we act as one, united across genders, races, borders and species.

The grassroots movement to protect sharks became Fin Free - a positive, inclusive, inspiring and easy way to eliminate the demand for shark fins. Fin Free is an inspirational community and toolkit designed to show anyone how to make their city, territory, company and country Fin Free, where shark finning is illegal. There are now more than 100 Fin Free chapters all over the world, many of which have been enormously successful, and led by youth. But we have a long way to go until sharks are safe.

Sharks are killed largely for their fins, and despite finning being mostly illegal, owning the fins remains legal in most places. This means that fins can be brought into virtually any port in the world provided they’re on a shipping boat instead of a fishing boat. When elephants were brought to near extinction due to the demand for ivory, the ivory trade was made illegal worldwide. Now shark fins should be illegal.

Just as humanity has evolved in the past towards cultural and racial equality, humans are at another crossroads where their evolution as a species towards a more sustainable use of the planet is a necessity. Fortunately, evolution has sculpted a species so sophisticated that it can choose to live in balance and design earth to be beautiful for all species and us. Fin Free is part of that evolution – we hope you’ll join us.

Take action and help stop the slaughter of sharks for their fins! Participating in one or all of these actions will support the end of shark finning.