Soapbox: We Are Orlando

Free speech is a right that is worth preserving. We give our Soapbox pages to others to tell us their view of the world.

Lesbian, Gay, Bisexual and Transgender people and their friends, families and allies were shaken to the core by the events of 12 June in Orlando. We are angry and heartbroken that 49 of our brothers and sisters were murdered for being gay.

How do we even begin to explain this horror and move on? I believe that the victims of the Pulse night club were gunned down that night due to a toxic and ugly mix of two things - deep-seated and prevailing homophobia and transphobia in American society, combined with unrestricted access by civilians to weapons designed for murder.

Omar Mateen was known to both the police and the FBI. The authorities were aware that he had assaulted his wife. And yet, he was able to walk into a gun store and purchase an AR-15 assault rifle - a weapon whose designer has said was never meant for civilian use and which can spray high velocity bullets at 800 rounds a minute. It is literally insane that someone so full of hatred and bigotry can legally own this weapon. You can be on the FBI ’no fly’ list and still legally own an AR-15.

The National Rifle Association (NRA) is a powerful US lobby group that stands in the way of common sense gun laws. It blocks even moderate gun safety provisions. And even in the wake of Orlando, its lobbyists were successful in persuading Republican Senators last week to stop a meaningful debate about the introduction of background checks for gun ownership. Countless US politicians receive campaign funding from the NRA in exchange for their complicity in the NRA’s deadly work.

Orlando has opened up the possibility of a new alliance of Americans coming together to challenge the power of the NRA. Just days after the Orlando attack, the USA’s biggest domestic LGBTQ2+ campaign group, the Human Rights Campaign, announced that they would be making gun control one of their main campaign priorities. My organisation, All Out, is also planning to work with gun control campaign groups on this issue. The gun control community combining with the LGBTQ2+ community will be a powerful force. With the experience of the fight for marriage equality behind it, the US LGBTQ2+ movement knows how to organise and campaign effectively. Together we will get results.

But even if we got rid of every gun in America, that doesn’t solve the bigger, deeper, more complex problem that led to mass murder in Orlando: the hatred, bigotry and intolerance that is still woven into the fabric of American society.

Many LGBTQ2+ Americans were literally speechless as the pro-gun, Republican establishment took a short break from passing anti-LGBTQ2+ laws in order to offer their ‘thoughts and prayers’ to LGBTQ2+ victims of gun violence! It was jaw dropping hypocrisy.

Since the Supreme Court ruling on marriage equality a year ago, there have been nearly 200 state and city level bills that target LGBTQ2+ people in the US. These are bills that legitimise open discrimination in the provision of services. They allow individuals and businesses to deny services to citizens of the United States in the same shameful way that this happened 45 years ago to African Americans. They prevent Americans from using the public toilet that is aligned to their gender identity. They stigmatise, they discriminate and, ultimately, they legitimise intolerance and violence.

The hatred we saw in Orlando was born and nurtured in the USA. Omar Mateen was the product of American hate (and America even sold him the gun to live out his twisted world view). Mateen’s victims need to be remembered as casualties of a society in which anti-gay hate has deep roots.

People like Ronald Reagan, the 1980s US President who did nothing as tens of thousands of young gay men were massacred by AIDS. What kind of message did that send in terms of the value of LGBTQ2+ lives? People like Scott Lively, an evangelical Christian, who persuades both Americans and Africans that LGBTQ2+ people are not worthy of human rights. He advised the Ugandan Government on the ‘Kill The Gays” death penalty legislation.

People like former Republican presidential nominee Ted Cruz, who has shared platforms with speakers calling for the death penalty for LGBTQ2+ people. People like Kim Davis, the infamous country clerk from Kentucky who believes she had a message from Jesus that she could break federal law and refuse to issue marriage licenses to gay people. Davis now has a huge platform and has become a hero of the Christian right in the US.

People like Pat McCory, the Governor of North Carolina, responsible for an extremely transphobic bill that puts trans people at significant risk when using public toilets.

People like Tim Wildmon, president of the $50m American Family Association that has been categorized as a hate group by the Southern Poverty Law Center. Wildom uses his massive platform to say: “What we reject is the idea that you can take homosexuality, which in the Bible is defined as a sin … it’s unnatural, it’s immoral, it’s unhealthy, and laud it and call it wonderful and say this is the same as heterosexuality. It is not. … We know this is a destructive lifestyle and behavior.”

And people like Donald Trump who has said he would – as President - appoint Supreme Court Justices who would reverse marriage equality. Someone who – literally hours after the carnage of Orlando – didn’t have anything to say about the victims, but was bragging about being right about Islamic fundamentalism and promising to ban Muslims from the US.

So when we wring our hands and wonder what possibly could have led to the Orlando killer committing mass murder, we need to remember the role of people like those described above.

We need to remember that LGBTQ2+ people have been called criminals by the legal system, sick by the psychiatric profession and sinners by religion. Politicians have likened us to paedophiles. Religious leaders have compared the fight for equality to the advance of Nazism. Our community has faced relentless attacks on our dignity and basic human rights from the very heart of the establishment. 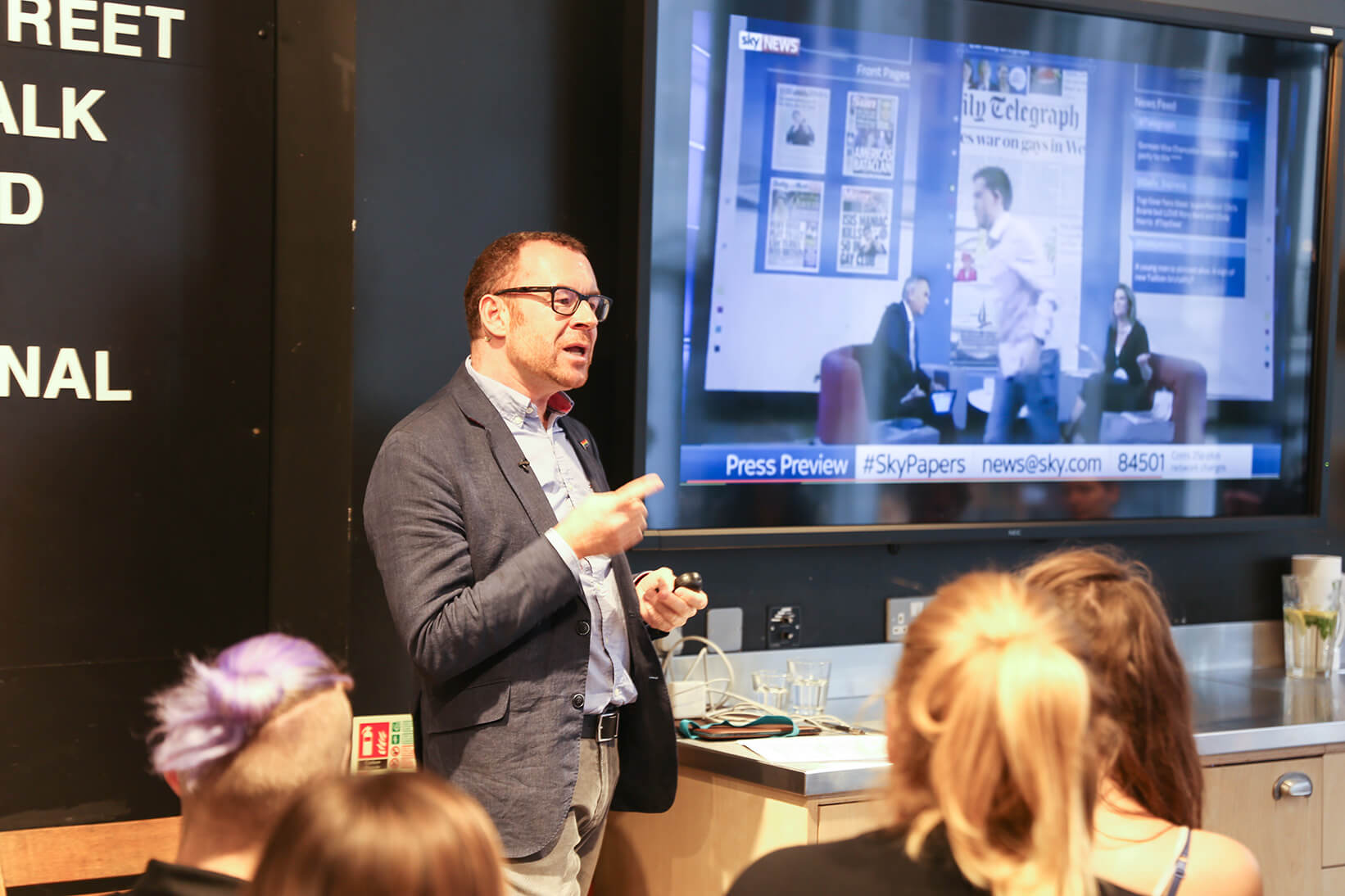 So where do we go from here as a community?

The LGBTQ2+ community across the world has been affected in a huge way by Orlando. So many of us are heartbroken, angry and desperately looking for answers. This is a global Stonewall moment that has the potential to fundamentally change the way we campaign for our rights.

In vigils across the world, our wonderful, resilient, defiant community came together in the days after the attack in solidarity, compassion and love. We cried. We sang. We stood with pride and dignity.

I think our dignified, righteous rage is getting bigger and stronger by the day and I think we will turn it into something truly powerful.

LGBTQ2+ people are sick of asking nicely to be accepted as human beings, we're sick of being scared to be who we are, we're sick of being scared to love. And so the message to the haters now must be: We're not going to 'respect' your holy books, your bigotry, your 'love the sinner, hate the sin' bullshit, your perpetuation of a system that treats us a second class citizens. We are going to build a revolution of love. And we are going to win.

We will be increasingly uncompromising in demanding full equality and full acceptance for everyone – nothing less and nothing more.

With dignity, defiance and pride, we will fight back and demand the respect and love we deserve from our families, communities and nations. We owe this to our fallen brothers and sisters. We are coming. We are Orlando.