Because everyone deserves to be safe

Worse, API communities have experienced hate, xenophobia, and racism from laws that limit their freedom of movement, implemented so-called head taxes with immigration, incarceration from concentration camps during World War II, the rise of Islamophobia after 9/11, attacks on places of worship, and more. Today, systemic discrimination and individual prejudice continue to traumatize and dehumanize a community of 22.6 million people across the U.S.

When the pandemic began, API communities saw a horrific rise in hate violence directly related to Covid-19 along with a former President that fueled fear about its origin and spread. Until then, hate violence in API communities hadn’t been federally tracked, but as more and more people became victims of assaults and attacks, communities began capturing these numbers themselves.

From March 2020-February 2021, Asian Americans reported nearly 4,000 hate incidents to Stop AAPI Hate. These included serious physical assaults with 7.3 percent of them targeted at elders, including one man who was fatally attacked. Across Canada, more than 1,100 incidents were reported to Stop COVID Racism with women reporting the majority of assaults.

API Equality—Los Angeles works to create an inclusive, equitable, and just society where all API LGBTQ people will thrive. 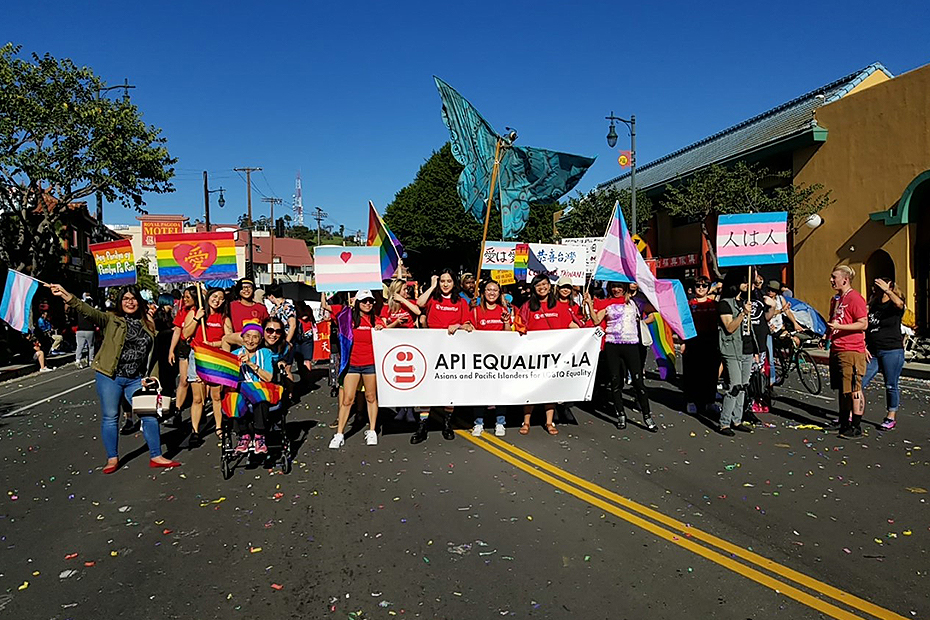 So, what can you do?

We’re always working with and supporting the efforts of groups that are on the frontlines of environmental and racial justice, like Stop AAPI Hate. Below is their comprehensive list of ways that we can all take action, show support, and help folks feel safe and seen, which include:

Another group we’ve been working with is API Equality-Los Angeles, which works to empower Asian and Pacific Islander communities to achieve LGBTQ, racial, and social justice, while focusing on addressing the root causes of race and gender-based systemic violence. Theirs is a community-centered approach, which focuses on solutions for policies and legislation that empower communities to tackle interpersonal violence rather than having even more resources and policies directed to already-government-funded law enforcement agencies and incarceration.

The last few weeks have seen two horrific, targeted shootings. The first, in Atlanta, Georgia on March 16, 2021 left six Asian women dead and the second just a few short weeks later in Indianapolis, Indiana took the lives of eight victims, four of them Sikh. Both are key examples of how we need swifter action and accountability from policymakers, leaders, and each other, because everyone deserves to be safe.

API Equality-Los Angeles is part of a collaborative effort by Asian American-serving organizations to provide policy solutions that address violence against Asian American communities for policymakers, survivors, and allies. In a policy guide, they list community-centered solutions which make recommendations to:

For more stories and ways in which you can support the API community, check out our other resources.