The Art of Bathing

Gone are the bland and boring baths, because since 1989 the Lush-invented bath bomb has made the mundane act of getting clean, a sensory explosion of color, texture and scent, not to mention a haven of rainbow bubbles and fizzing foam.

There have been hundreds of varieties to grace our shelves over the years, each sporting a unique concoction of ingredients and blend of aromas for every occasion, purpose and mood.

In honor of the invention turning 30, we launched a bath bomb only store in Harajuku, Japan, a country known for its rich and ancient tradition of bathing. The packaging-free store will house a colossal collection of sensationally scented orbs, filling the shop as far as the eye can see and the nose can smell. 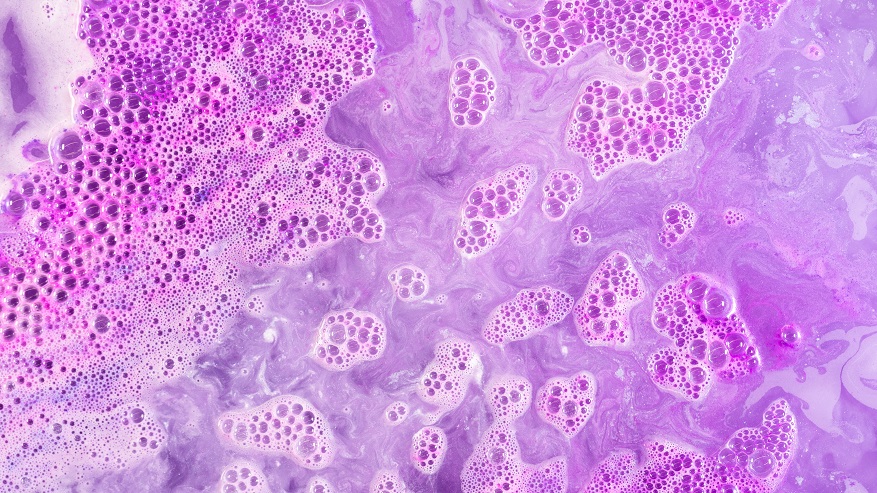 But where does this seemingly endless stream of Willy Wonka like creations come from? Is making bath bombs an art or a science or somewhere in between? We chatted with Jack Constantine, Chief Digital Operator of Lush and product inventor, to get the answers.

A seed of an idea

“It often starts with an idea,” Jack begins, picking up a multi-colored marvel of pink, white and orange, swaddled in a sweet shop scent; Harajuku, an ode to the birthplace of Lush’s first bath bomb only store. “The inspiration for this came from Harajuku girls and the whole kind of scene that goes on in Japan where there’s a lot of bright, colorful dresses and costumes that people wear when they go out on the weekend, so I wanted to come up with something that related to that scene. Then I’ll go and work with different people, so in this case Emma who works in the labs on perfumes. She came up with a fragrance based on some of the ideas that I said and it smells amazing, like retro bubblegum that is just incredible.”

Next, the chief creator turns his attention to a shimmering orb of lilac and mauve. “Goddess,” he reveals. New this November, this bath bomb boasts nourishing fair trade cocoa butter, but unlike the rest of the bath bomb collection is the only one to present both fair trade shea butter and argan oil, combining in a holy trinity of moisturization. “When I invent a product, I first work on the idea and then look at ingredients to come up with ways that they can interlink. When I was creating the concept for Goddess I took inspiration from working with an international songstress who became the muse for this bath bomb. One of the things she’s passionate about is women's rights, so I made sure I put in ingredients from some of the women’s work collectives that we support, like shea butter from Ghana, where the women hand grind the shea butter beans.”

Ethical sourcing of ingredients is one of the cornerstones Lush was built on. Jack explains, “Our ethics and everything that goes into that ethical backbone makes the whole job really exciting, because you know there’s so much work going into the baseline of what you’re working with, ingredients and materials, before you even get to the creative part. It’s one of the most critical things that has built Lush; constantly building strong relationships. Whether that's to do with activists on animal rights or environmentalists on environmental issues or finding small suppliers that we will start supporting and even if we only get a small list of ingredients from them we’ll start there and hope to grow that into a bigger relationship. I think finding those groups, building a relationship and nurturing them is the key to success.”

Alongside its trio of moisturizers, Goddess stands apart thanks to its symphony of scents: floral favorites jasmine absolute and rose oil, plus osmanthus absolute, which brings delicate notes of ripe peach and apricot, while deep oudh oil swirls with sandalwood oil for an ostentatious aroma that’s seductively sweet and woody. “There’s always a balance around making it a product we can afford to make,” Jack continues, explaining how Goddess was created. “If I went all out on all the best ingredients I could possibly get you’d have a great bath bomb for about $30. So, it’s like everything, you have to treat it in moderation and be aware of the fact that as great as some of these ingredients are, you have to limit it. With Goddess, it has a fragrance I absolutely love, oudh-based and beautiful, but it’s expensive. We’ve had to modify it three times because it just wouldn’t be a feasible bath bomb in the original fragrance.”

Experimentation: the key to invention

With the desired ethically-sourced ingredients selected and the signature scent perfected, Jack turns his attention to getting the combination to work together, something he admits can be a bit hit and miss. “We don't hold back from the fact that we want to be able to ride that creative wave. We want to be able to get an idea, get inspired by it, get motivated by it, and get moving, so that it’s fresh, it's out, and it’s exciting. Also, it gives us a bit of leeway when we’re trying new ideas. Do they always work? No, they don’t, but what we’re doing is we’re trying things. So, for example when you’re making bath bombs, if you get too much powder in there it's not going to stick together. So, we play with ingredients and jam pack the product full of interesting things, but if you overload it it’s not going to stay in a ball, it’s just going to crumble apart. So, you always have to try and get the balance right. Coming up with different ideas and trying to solve problems; what's great about that is that it has that DIY feeling, even on a global scale.”

Goddess Bath Bomb is available online and in shops now. 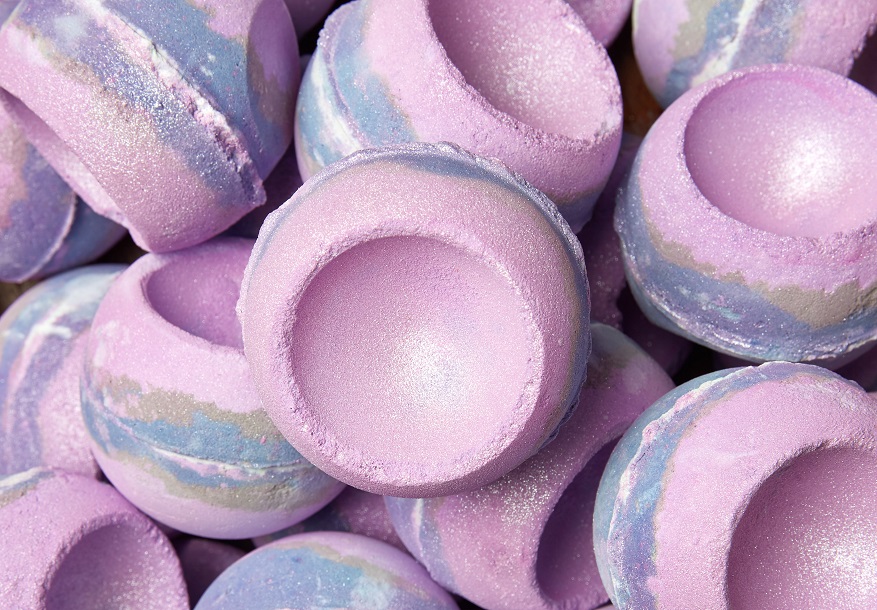 Like all Lush products, bath bombs are handmade, which Jack says welcomes certain advantages, one of which is that a product can go from a concept in his head to a product on the shop floor in as little as four weeks. “After I’ve created a one-off prototype in the lab, we have a very talented production team who have to figure out how we’re going to make thousands of these things and get them distributed across the world. So, they’ll come and work with me, take them back to the bath bomb factory and literally make them all by hand. The whole process is one of the reasons we can be fast. We’re not stuck with a load of clunky machinery. We can just have an idea, get our brains together, think about how we’re going to make it happen, and do it.”

The benefits of bathing

Other than the need for clean, why is bathing so important? History tells us that it’s been used for religious, spiritual and social purposes over the eras, but above all the practice has been predominantly used for medicinal motives. Thanks to scientific advancements we now know there is truth behind many of these old wives’ tales, meaning there’s a bounty of benefits that come from bathing. “Getting in a hot bath tub full of great sodium bicarb that comes in the bath bombs is great for your body,” Jack begins, but in fact, baths and by extension the bath bombs you use, can do so much more. Slipping into wonderfully warm, essential-oil infused water, packed with a plethora of other beneficial properties, can serve to transform your mood, soothe aches and pains, fight colds, help you sleep, and the list goes on. “We’ve learned a lot from other cultures. It’s been great looking at the Japanese and taking a lot of inspiration from the beneficial ingredients they like in their baths. These ideas gather and culminate in our new inventions. There’s loads of stuff we’ve enjoyed rediscovering in the last few months, the result of which will be going into the new bath bomb shop.”

So, it does seem there’s more to the bath bomb than meets the eye. Perhaps the next time you drop, dunk, and soak your troubles away, you’ll find your creative juices too are stirred. If that happens, why not share your ideas with us? Who knows, maybe they’ll be the inspiration for a bath bomb heading to a store near you!