A lifelong battle for clean water

The First Nations reserve of Neskantaga in Northern Ontario has been under a boil water advisory for more than 25 years—the longest ever in Canadian history.

A Charity Pot Grant was awarded to the Neskantaga community to help protect the Attawapiskat watershed and to support their efforts in preventing proposed mining developments. Chief Moonias has been serving as Chief for two years but sounding the alarm for as long as he can remember. We spoke with him about systemic racism, the toll it's taken on his community, and what needs to happen for the Neskantaga community to finally have clean drinking water.

The Neskantaga First Nation community is nestled in one of the most beautiful and pure ecological backdrops in North America. 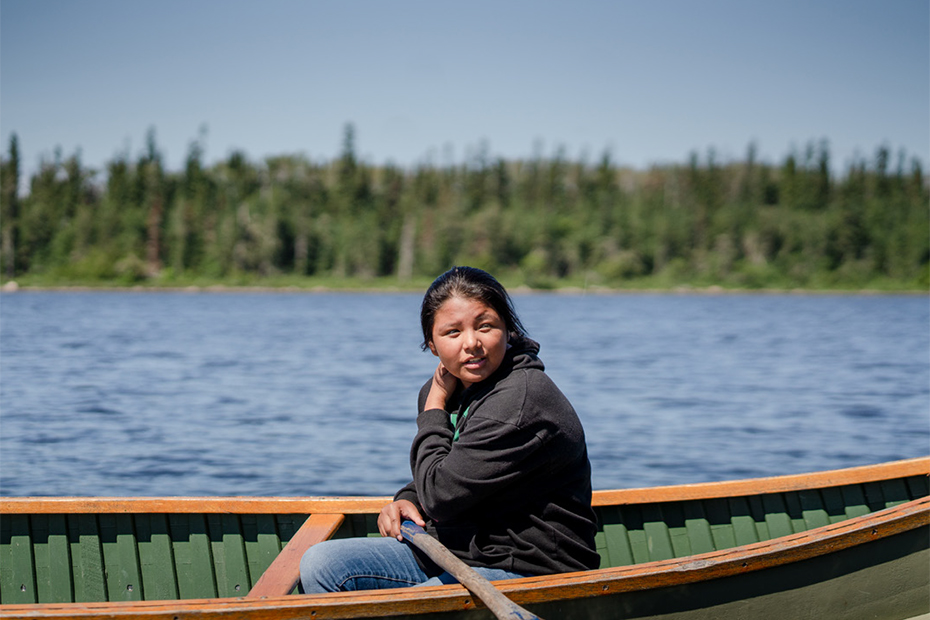 A history of dislocation

The community of Neskantaga was relocated to their current reservation site by the federal government in the late 1980s with promises of a better life, including clean water. In 1993, a water treatment plant was built, but never fully disinfected the water. After less than two years, a boil water advisory was put in place, which, along with the ill-functioning plant, remain to this day.

When the community was evacuated in 2019, Mason Moonias had sores on his eyelids. "He got them maybe a week before, a few days before we got evacuated," says Mason's mother Casey. "So, I guess maybe the water that we had been using had already been contaminated. So now he’s got sores on his eyelids.”

“Since we’ve been out here [in Thunder Bay, Ontario], they cleared up a little bit, but you can still see. I myself struggle with skin problems. And my oldest, my 12-year-old, he also gets sores on his skin. It's pretty sad that it affects us in that way. Water is very important to us and we hope that one day soon we can finally live. Water is life and we need to start living."

In October 2020, Neskantaga residents were once again uprooted from their homes. As Chief Moonias tells us about the oily sheen that was found in their water reservoir and the high levels of hydrocarbons discovered upon testing, his weariness shows. “They’ve had enough. We don't want our community members having to live through this. I need to be heard out there. I’m making some noise and it's tiring. I'm tired of not having drinking water.”

Residents were transferred to a hotel with clean running water, but decades of unsafe water has embedded a deep mistrust. Chief Moonias says, “I went to check on people in their hotel rooms to see how they were doing, and everyone was drinking bottled water. They just don’t trust it. I don’t think trust has been broken. It’s never been there. That’s the way it started. That’s the continued trauma.”

While residents were finally able to return to their homes after two months, the boil water advisory remains. ”My daughter is 23 years old and has never experienced clean drinking water,” Chief Moonias tells us. “In reality, I’m 51 and neither have I. I don't think anybody that was born here has,” he says.

Prime Minister Trudeau promised to end boil water advisories on First Nations land by March 2021, but has backtracked from that promise, blaming the Covid-19 pandemic for delays. Meanwhile, Canada’s Indigenous Services Minister stated that the lack of water isn’t a health emergency. The reality is that the water crisis was an emergency long before the pandemic, which has made clean water and handwashing even more crucial for the health and safety of the community.

Every day, Derek Moonias delivers 1.5 litres of bottled water per person to Neskantaga community members. "Even the lake water is not safe anymore," says Derek. "There's a lot of mercury in it due to the mining upstream, so we don't know what kind of water is coming into our lakes here. And the water coming out of our taps sometimes looks like ginger ale. To give people 1.5 litres a day, just for them to survive...and you’ve got to cook with that, you've got to eat, you got to bathe, you got to clean, and to do your laundry. How can someone be so cruel to give us 1.5 litres of water to survive?"

Canada has the third-largest renewable supply of fresh water in the world, but the government won’t and hasn’t made providing clean drinking water a priority in a community that’s been asking for help for more than two decades. Yet, plans to build roads and mines in these communities to extract resources from their land continue. Companies have come and gone and have been able to bring in clean water to their workers.

“I’ve said it many times and I’ll say it again, Canada is not the country you believe it is," says Chief Moonias. "They need to look at their own backyards. The way the First Peoples are being treated. There’s systemic racism, systemic discrimination. You know, even the Minister admitted to the public that this is part of our 26 years without clean water.”

As he spoke about Canada’s deeply rooted systemic racism, Chief Moonias was emotional. His words shine a light on the ugly and often unseen reality of this country’s racism. “It’s not because of where we are or the lack of ability to make clean water. It’s the lack of political will. That’s all it is. That’s what I mean when I talk about systemic racism and discrimination," says Chief Moonias. "It’s like we’re being punished for something. Being punished for the color of our skin. Or being punished for being an Indigenous person. For being the first people on the land. People wonder why we are living with social problems. If these people would come here to see why those social problems happen, they would understand. Clean water is just the tip of the iceberg.”