“Art is the only serious thing in the world. And the artist is the only person who is never serious.” - Oscar Wilde

Some art is innately beautiful, like a watercolor seascape, and often that’s enough. Other art shows its beauty in other ways—through the meaning it conveys or the story it tells, like Picasso’s abstract paintings. Some art stirs something different, unfamiliar or uncomfortable. Sometimes art is ugly.

Just like photographers, composers, and musicians create art through their medium, so too do perfumers.

Gorilla perfumes are about more than just fragrance. They’re the sum of the inspirations, stories and experiences of the perfumer. And while this is the same for Volume IV (coming soon), it’s also a little bit different.

Hal Samples is a photographer and artist from Dallas whose subjects are often the homeless or forgotten souls of society. He’s best known for his work with Tachowa Covington, a homeless actor who made his home in a water tanker, which was consequently tagged by Banksy and then sold for millions.

But what does this have to do with perfume?

Lush Perfumer Simon Constantine and Hal’s paths first crossed at a Gorilla Perfume pop up shop in Edinburgh and the two fell into deep conversation, during which Hal shared his eventful life story and artistic adventures.

Intrigued and inspired, Simon spent more time with Hal listening to his stories and getting to know him. They travelled to Dallas to visit the places they had talked about, and to meet Hal’s family and friends.

As their friendship grew, mutual inspiration led to collaboration. Simon began creating perfumes inspired by Hal’s life, and this grew to become Volume IV. As part of this volume, some of Simon and Hal's perfume creations became gallery exclusives, being exhibited in the Volume IV perfume tour.

Get to know Hal a little by reading his stories below. Notice how the perfumes mingle with the real-life moments to create art.

Hal spent a lot of time with the homeless community in Dallas. He would take photos and film the people he met on the streets, sharing the results with them. Many of them had words of wisdom and life lessons to impart, but most people would walk right by without even seeing them. Hal felt he was making his new friends visible.

He described the recordings that he made as messages from fallen angels. These angels would often pass away after something wonderful had been granted to them. Losing his friends this way would break Hal’s heart.

Blackcurrant Angel contains a particularly piquant note that cuts through the fragrance of burnt pallette wood and gasoline.

Tachowa's water tank on display in the Gorilla Gallery 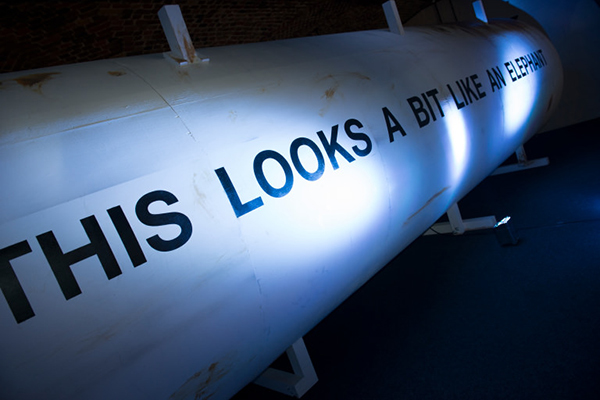 The deaths of Hal’s friends were taking a toll, so for a change of scenery his friend Dylan decided to take him to LA. The two arrived at the bus station and were immediately approached by an eccentric looking man. Although they had never met, the man walked up to Hal and told him, “Hey you, I had a dream about you! You’re going to make a movie about me!”

The man’s name was Tachowa Covington, and he took Dylan and Hal to visit his place. It was an abandoned water tank, which he had cleared out and turned into a home. He’d installed a floor, chairs, art and even hooked up a generator for power. The tank was filled with Tachowa’s artistic flourishes and personality. It was a beautiful hidden art gallery in an old tank.

Hal and Dylan were intrigued and began filming Tachowa. They spent three years documenting his art, philosophies and life. But then, when the film was almost complete, Hal received a call. “Someone has painted on my tank…it was an English dude, said his name was Banksy!” The words ‘THIS LOOKS A BIT LIKE AN ELEPHANT’ now adorned the tank, visible to everyone who drove past on the busy highway below. These words were to cost Tachowa his home. Images of the new Banksy piece were broadcast across the globe. A group of opportunists realized they could own a piece of original Banksy artwork and moved quickly to buy it. It was bought out from underneath him and he was rudely evicted.

Tank Battle fragrance pits a burst of spray paint against the musty and damp interior of a rusty water tank.

Tachowa embodies the spirit of “making something out of nothing”. Everything inside the home he had made inside the tank were found treasures or gifts. He used these gathered items to make his living space beautiful. He was ingenious at upcycling other people's throwaways into art; cutting up surfboards to make shelves, using broken pieces of CDs to design a mosaic that lit up the ceiling. His home was an art piece before Banksy’s words made it so.

These two fragrances are inspired by Hal’s glamorous maternal Grandma, Mary Ellen. Each one is a snapshot of a different time in her life.

Hal’s childhood was troubled and traumatic. Mary Ellen would rescue him from bad situations and whisk him away to safety. Staying with his Grandma was fun and filled with joy. They would enter and win dance contests in Dallas clubs, and she would allow Hal to film her and document their time together to his heart's content.

In her youth, Mary Ellen was a model, and appeared in Vogue. She would reminisce about her modelling days with Hal and show him pictures of her glittering career. When Hal was older, Mary Ellen offered him a place on her sofa when he needed somewhere to stay. These fragrances are a loving tribute to her beautiful, multifaceted personality.

What Would Love Do?

When Hal visited the Edinburgh Spa, he met spa therapist Janine. She shared a piece of wisdom with Hal, and later Simon, that they couldn’t quite shake from their heads: when confronted with a hard problem or question, you should simply ask yourself, “what would love do?”

When wondering whether to stay up all night dancing or which essential oils to blend to create an exquisite new perfume, the decisions felt as easy as a breeze.

Inside Tachowa's water tank at the Gorilla Gallery

After losing many of his homeless friends, Hal was raging. As he screamed and yelled his fury, he felt something explode and realized he’d torn himself—he’d given himself a hernia.

In the hospital, a surgical mesh was inserted to repair the damage, but once inside his body, it moved, collapsing around his femoral artery causing severe pain and health issues. It was so entangled inside him that hospitals refused to help. A surgery to remove it would be complicated and dangerous.

Finally, Hal found a sympathetic surgeon who removed the mesh, but the scar tissue that formed created further problems. In a later operation, the scar tissue was removed and this time a bundle of Hal’s nerves had to be taken out with it. This left him with a huge numb patch, where he had no sensation or feeling, but he finally felt completely pain free for the first time in years.

The morning after surgery he woke up feeling invincible. He launched straight out of bed into his new life, feeling inspired. Just as a radioactive spider changed Peter Parker into Spiderman, the mesh and its removal transformed Hal into Iamesh, giving him superpowers and irrepressible energy.

While working and traveling with Hal, Simon had a number of experiences and emotions that touched and inspired him. He has expressed them through scent, but you can explore their backstories below.

As an optimistic gardener, Simon often fantasizes about growing plants and flowers to create the perfect permaculture plot. After a few failed attempts he found it easier to create this gorgeous fragrance. It captures the smell of his imagined secret garden, and is a tip of his hat to the dear, old friend who taught him all about permaculture.

Osmanthus and immortelle everlasting invoke the great outdoors and the scent of verdant, fertile nature.

After passing through a checkpoint on travels through Lebanon, Simon was warned that he and his companions wouldn’t be able to return the same way. Since the beginning of the war in Syria, Lebanon has taken in over one million refugees. For Simon, experiencing checkpoints guarded at gunpoint and talking to refugees about their flight to safety really brought home the reality of how much the world has changed. He chose bitter orange and Damascus rose for this fragrance.

The traditional Lebanese breakfast Manouche Zataar is a delicious flatbread topped with a mix of herbs, which includes sesame seeds, thyme, wild sage and sumac. It was served to Simon on his travels and on his return, memories of the mouthwatering dish inspired him to create this fragrance.

On a trip to a refugee camp, Simon was shown great hospitality by the people he met. He was touched that although they had lost so much in fleeing their country, they could still be so generous and giving. During his visit he was offered a hot cup of cardamom coffee. The rich aroma warmed up his hands and heart. On returning to the lab he recreated this spicy fragrance.

No matter how exciting adventures in far-flung corners of the globe may be, there is nothing like arriving home and putting the key into your own front door. Sweet, comforting and edible smells draw you into a welcome home hug. Almost as good as returning to cuddles from your family, your favorite spot on the sofa, and a good night's sleep tucked in your own bed.

Simon’s oldest daughter Imogen Rose inspired the perfume that shares her name. Being a considerate big sister she advised her dad, “You better do one for Amelie. She wants to be famous too!” Amelie was delighted to be asked what she would like her very own perfume to smell like. She requested raspberry, roses, lavender and flowers. Dad’s back in the good books now and we all get to enjoy this beautiful blend.