Changing it up to #BeCrueltyFree

New Shampoo Bar, with its stimulating peppermint infusion and cinnamon leaf oil, is a fan-favorite. Since it’s so popular, New was the perfect choice to display an important message dear to our hearts.

Every year, hundreds of thousands of animals suffer and die from cosmetic safety testing. Rabbits, guinea pigs, mice and rats are most commonly used to test cosmetics, and are often subjected to cruel and torturous practices. These animals commonly have chemicals dripped into their eyes, rubbed onto their shaved skin, or forced fed to them—often in lethal doses.

So far, more than 30 countries, including Israel, India, New Zealand, South Korea, Taiwan, Switzerland and those in the European Union, have banned animal testing in cosmetics. However, this inhumane practice still isn’t banned worldwide. 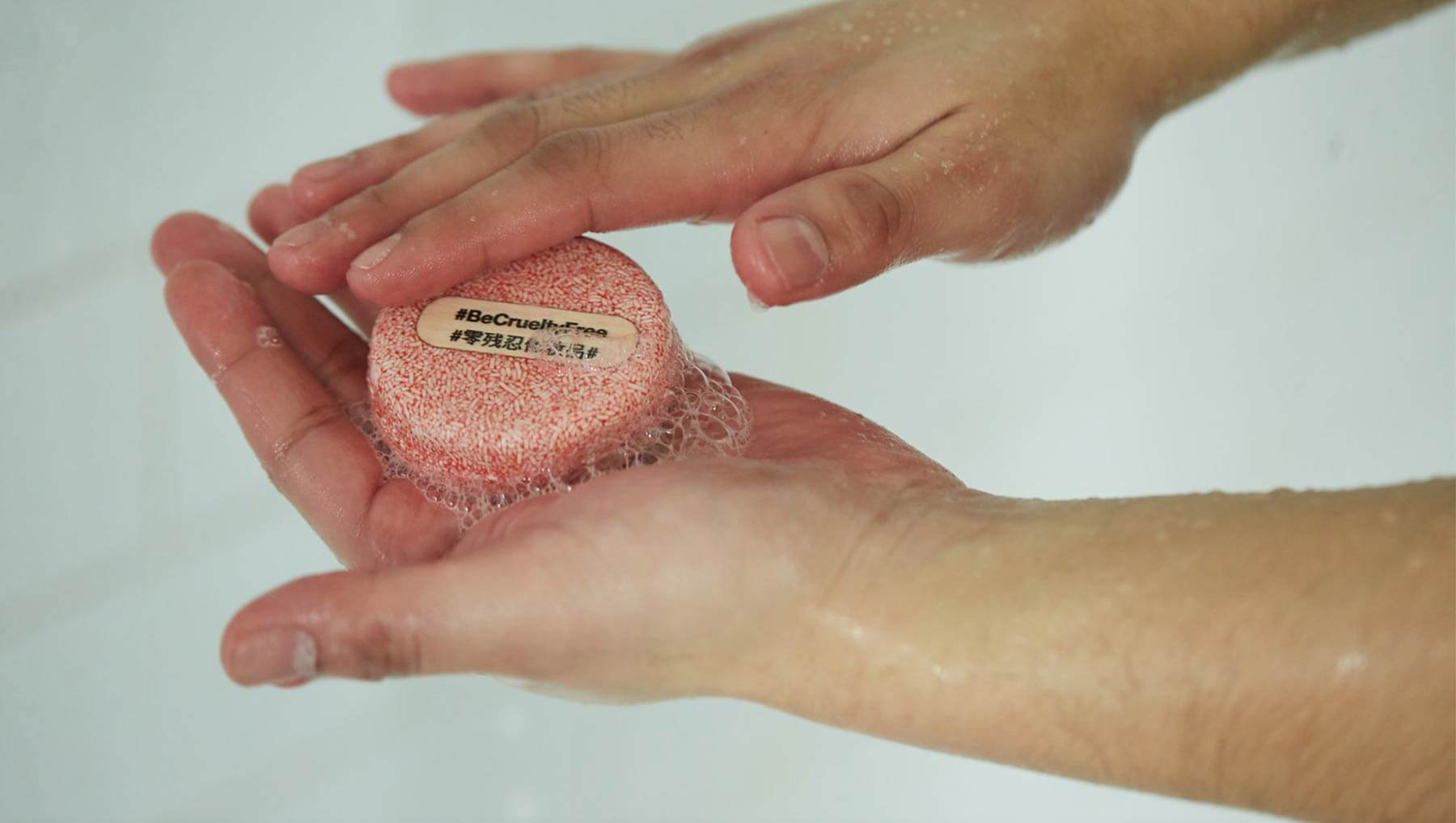 Lush has partnered with Humane Society International and their #BeCrueltyFree campaign to end animal testing for cosmetics, spread the word about cruelty-free alternatives, and lobby governments to change laws and policies around cosmetic animal testing.

New’s familiar cinnamon stick has been replaced with a wooden stick bearing the #BeCrueltyFree hashtag in English and Chinese. By featuring this information in the two most used languages on the Internet, we hope to encourage people around the world to use their voices to speak for those animals that don’t have one.

Grab the New Shampoo Bar and spread the word! Use the hashtag on your own social channels, and tag Humane Society International to engage the global community about regulations on cruelty-free cosmetics. You can also add your voice to the petition that’s already one million signatures strong at EndAnimalTesting.org.