Their mission, their demands

These organizations build community alternatives to end harm and violence, empower Black people to exercise the right to vote, protect and defend the health and human rights of Black trans people and ensure that Black-youth activists and organizers have a voice.

M4BL formed in December of 2014. It was created as a space for Black organizations across the country to debate and discuss the current political conditions or wins and develop shared assessments of what political interventions were necessary in order to achieve key policy. It also sought to convene organizational leadership in order to debate and co-create a shared movement-wide strategy.

Who are you, and what do you do with M4BL?

I am part of the senior team. I lead our field work and hold the ecosystem in both strategy and vision alongside the other leaders of M4BL.

How did you get involved with the Movement for Black Lives?

As the Executive Director of The Center for Third World Organizing, I supported the leadership development work of the ecosystem and engaged in a few of our table structure spaces. On February 15th I was brought on as staff.

How does M4BL organize across its constituency?

Our organizing and program work is moved through a table structure organized by priority areas as identified in our Black Power Rising Project. Policy, electoral justice, organizing and mass engagement. Each of those tables have unique work that collectively make up our five-year strategy.

M4BL calls for an end to the war against Black People. 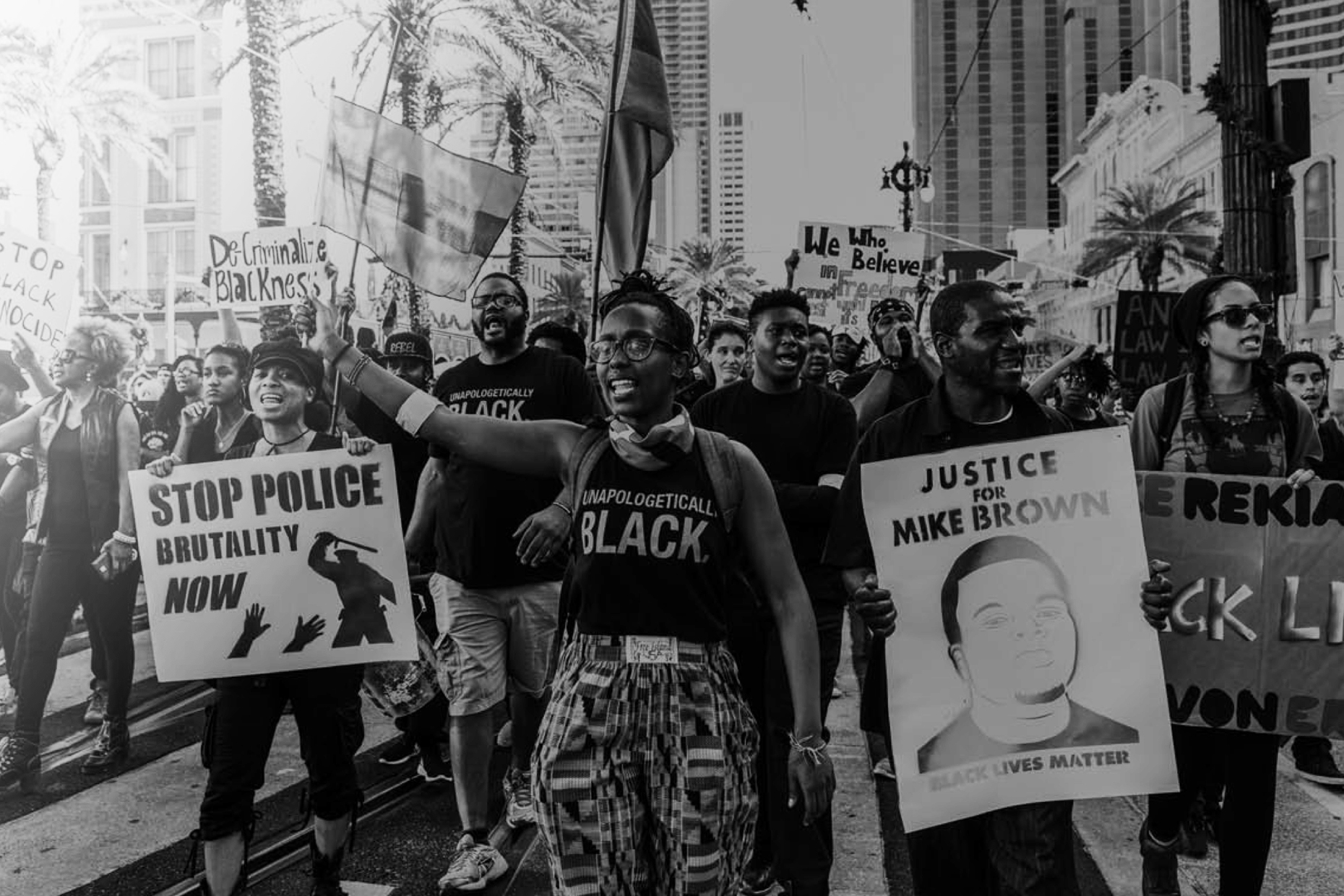 What are the demands of M4BL?

We are clear that the impacts Black people feel at the hands of oppressive systems are great, to this end over our history we have built out various demands that are both broad in reach and specific in scope. The demands that have helped provide vision to this specific movement moment are:

Let’s talk about the demand to defund the police and invest in communities. What does this really mean?

For much of US history, law enforcement meant implementing laws that were explicitly designed to subjugate Black people and enforce white supremacy. That’s why Black people, along with hundreds of thousands of others, are calling for city, state and federal governments to abolish policing as we currently understand it. We must divest from excessive, brutal and discriminatory policing and invest in a vision of community safety that works for everyone—not just an elite few.

We know the safest communities in America are places that don’t center the police. What we’re looking for already exists, and we already know it works. We need look no further than neighborhoods where the wealthy, well-connected and well-off live, or anywhere there is easy access to living wages, healthcare, quality public education and freedom from police terror.

We can’t stand by while our city, state and federal governments continue to fund an excessive, brutal and discriminatory system of policing. We will no longer be told that what we deserve is not politically viable or logistically possible. We will no longer be deprived of what others have long enjoyed in this country: basic rights, safety and freedom.

When we talk about defunding the police, we’re talking about making a major pivot in national priorities. We need to see a shift from massive spending on police that don’t keep us safe to a massive investment in a shared vision of community safety that actually works. We know this won’t happen overnight. We’re tired of quick fixes and piecemeal reforms. Ending police violence will require a thoughtful, deliberate and participatory approach that has already begun.

The exploding Covid-19 pandemic and disparate impacts on our Black community have shown us what happens when the government underfunds public health while overfunding police and military budgets. It’s clear that millions of people now know what Black communities have long understood: we must reverse centuries of disinvestment in Black communities to invest in a future where we can all be connected, represented and free.

Millions of people seem to have experienced an awakening about police brutality and systemic racism with a new urgency to end white supremacy. What are your hopes for the future?

Our hope is that this movement moment moves Black people across the country and across the globe, and we demand no less than transformative actions that shift material conditions for Black people. We hope that we topple white supremacy in all its forms. We hope that masses of Black people are trained up, organized and build the internal commitment to join the long fight for liberation for all Black people.

Learn more about Movement for Black Lives, get involved and donate at their website.

All photos used with permission from M4BL.org.